Why love one, but eat the other? Public Transit Ad Campaign

The public transit ad campaigns asks the question “Why love one but eat the other?” The ads also expose the shocking cruelty that pigs, chickens, and cows face on today’s factory farms and slaughterhouses. It’s a call to action for people to choose a vegan diet.

Henry Spira was the initial inspiration of this ad campaign when he introduced an ad in New York City in the early 1990s that read, “Which do you pet and which do you eat?” campaign, with a photo of a piglet and a kitten nose-to-nose. Various groups have since launched these ad campaigns.

In October 2014, Toronto Pig Save re-introduced this public transit campaign with 1,000 iVegan.ca posters on Toronto subways seen over 15 million times during four weeks in October. The campaign cost $36,000 with half of the funds raised from individual donors and an indiegogo campaign and the other half coming from an anonymous matching donor. 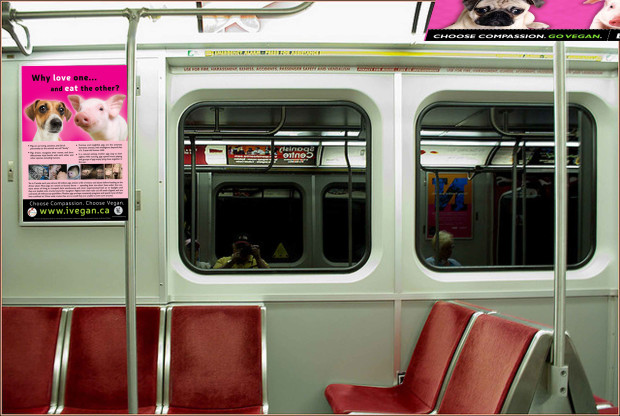 Starting an Ad Campaign in Your City

If you would like to start a similar initiative in your city, please contact us for tips and assistance and we will guide you with graphics design, setting up a website, and fundraising ideas. 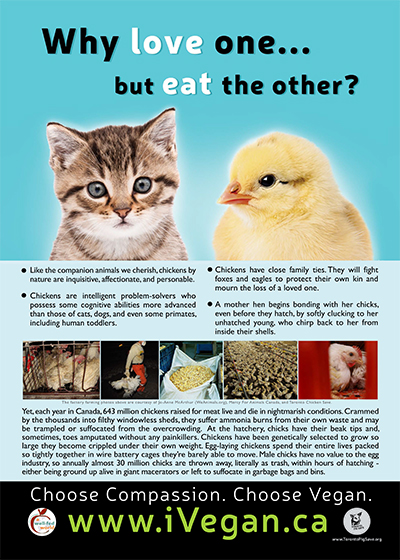 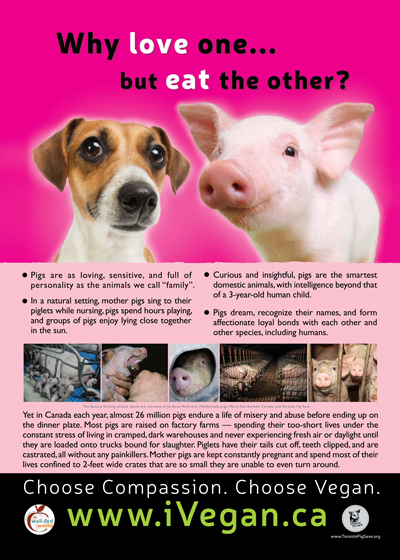