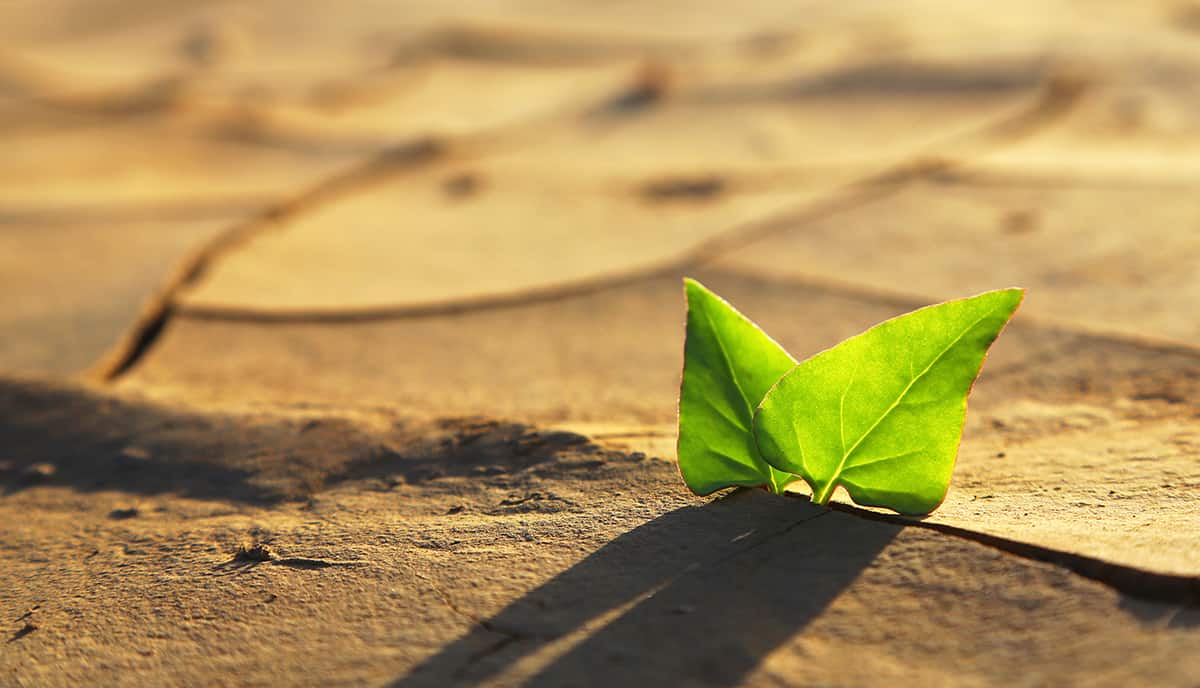 With 1.2 million respondents, The Peoples’ Climate Vote is the largest survey of public opinion on climate chaos ever conducted. The results of the United Nations Development Program (UNDP) and Oxford University survey span 50 countries covering 56% of the world’s population.

A global average of 30% of those surveyed in 50 countries agreed that promoting plant-based diets is an important climate action, which if we extrapolated to all countries would amount to 2.3 billion1 globally. Compare this with the estimated 78 million vegans worldwide and that translates into 2.29 billion2 people who should be vegans right now! The lack of data regarding the number of vegans means the figures can only be used as an indication since the majority of polls use small samples and the data collection methods are unclear. Given the importance of diet change in the climate emergency we recommend that future climate surveys collect this data to give a true reflection about the number of people who follow a plant-based diet and which demographics offer the most opportunity for further education.

The Guardian had access to more detailed survey results in The Peoples’ Climate Vote3 and reported that in Germany and the UK, the promotion of plant-based food as a climate solution has 44% and 43% support. This is not surprising since Berlin and London are often described as the vegan capitals of Europe.

Accessibility to vegan options correlates with support in those countries. Almost a quarter (23%) of all new UK food products launched in 2019 were labelled as vegan, all supermarkets offer substantial vegan ranges or dedicated aisles4, and all of the top restaurant chains have vegan menus5. 29% of evening meals eaten in the UK are either vegetarian or vegan and the supermarket chain Sainsbury’s predicts that by 2025 a quarter of the population will be vegetarian or vegan6. While this is encouraging, we do not endorse vegetarian diets for ethical, climate and health reasons. For example, according to another UN backed report Food System Impacts on Biodiversity Loss fortuitously released at the same time by the world-leading think tank Chatham House, dairy emits 3 times the GHG emissions of soya milk and uses more than 3.5 times the amount of land. Eggs causes 2.5 times the GHG emissions of tofu and uses more than 3.5 times the amount of land. Both dairy and eggs are driving significantly more terrestrial acidification and eutrophication than soya milk and tofu.

There is a growing awareness of the environmental impact of animal agriculture. Gen Z consumers (aged 16-24) are leading the charge with over half (54%) of under 25s in the UK seeing the reduction of animal products as a good way to lessen their impact on the environment.7 The good news is that almost two-thirds (64%) of participants of The People’s Climate Vote in 50 countries understand that climate change is a global emergency – presenting a clear and convincing mandate for political, business, institutional, and community decision-makers to increase their ambition levels in environmental commitments. 59% of the public also agreed that we should be doing everything that is necessary urgently. All respondents, regardless of their belief in the climate emergency were asked which of 18 climate policies they would like their country to pursue to address climate change. The most popular support was for conservation of forests and land (54%), Solar, wind and renewable power (53%), and climate-friendly farming techniques (52%). Plant-based diets was at the bottom at number 18 with 30% support.

Interestingly, some of the most popular climate solutions such as conservation, healthy oceans and waterways, and climate-friendly farming are directly related to plant-based food systems as yet unbeknownst to the majority of the public. This highlights a huge disconnect and lack of awareness surrounding methane and nitrous oxide emissions from animal agriculture as well as the destruction of carbon sinks caused by deforestation to make room for grazing and animal feed.

One climate study published in 2018 found that if Americans switched from beef to beans, they would free up 692,918 km² of agricultural land, the equivalent of 42 percent of U.S. cropland, to restore vital ecosystems or create more sustainable agriculture. Not only that, but the switch would further reduce diseases associated with red and processed animal consumption and help the U.S. meet up to 74 percent of its 2020 greenhouse gas reduction goal.8

The definition of climate-friendly farming needs to be reframed to reject animal agriculture in favour of a plant-based food system. The solution to the climate crisis has two requirements: reducing greenhouse gases, and reforesting the earth to draw down the high atmospheric concentration of greenhouse gases. We can only rewild and reforest the earth if we reclaim animal agricultural land.

The second report Food System Impacts on Biodiversity Loss by Chatham House reveals that 80% of global farmland is used to raise animals, yet provides only 18% of calories consumed.

The report states that three principal changes to our food system are required:

The report stresses the link between all three and the number of people adopting plant-based diets will impact the scope to rewild and use nature-friendly farming techniques. Reversing the trend of animal consumption and a shift to a plant-based food system will significantly reduce the pressure to clear new land, including pristine rainforests, and further damage carbon sinks and wildlife. Not only would a plant-based food system reverse habitat decline and wildlife diversity, but the returning forests, wetlands and savannahs would absorb more carbon than any other. For example, producing 100g of protein from cows requires an average of 164 m2 of land, but just 2.2 m2 of land for tofu: in other words, the land-use footprint for tofu is 1/75 that of cows.9 This land could then be rewilded and be used for climate and ecological purposes as part of a mass restoration of nature. Even the most impactful plant-based foods have just a fraction of the footprint of animal farming.

The science is clear, so why don’t more environmental charities talk about veganism as an essential climate action?

There still seems to be an unwillingness to address the scale of the animal agriculture problem or it is understated by some environmental organizations who imply the problem is down to intensive practices rather than animal farming itself. According to Meat consumption and climate change: the role of non-governmental organizations, “NGOs were found to privilege ‘consumer preference for animal products over the need for them’ despite also acknowledging the significant implications of livestock production.” They say, “Animal protection organizations were more likely than environmental NGOs to have promoted meat-free diets in response to climate change.”

There could be several barriers to the promotion of plant-based diets and food systems, in particular the staff of ENGOs not being entirely vegan and the fear of damaging fundraising campaigns. Staff may feel hypocritical promoting plant-based climate actions if they are not plant-based themselves. Many organizations are nervous to ask people to change their eating habits as it is easier to ask them to change their light bulbs, use a bag for life, sign a petition or cut down on water use.

As more of the staff of environmental groups become vegans and more and more scientific reports show the devastating impact of meat, dairy and eggs, we see these groups beginning to encourage supporters to incorporate more plant-based foods into their meals and to run campaigns calling for food system change. For example, at Greenpeace UK the vast majority of their workforce is vegan or vegetarian and in August 2020 launched a campaign demanding Tesco reduce meat sales by 50% by 2025 and increase their plant-based food range.

We call on all environmental groups to communicate to their supporters that a plant-based diet is the most effective way to minimize our impact on the planet. According to the Intergovernmental Panel on Climate Change (IPCC) in their Special Report on Climate Change, Desertification, Land Degradation, Sustainable Land Management, Food Security, and Greenhouse Gas Fluxes in Terrestrial Ecosystems reducing deforestation represents one of the most effective ways to mitigate climate change globally, with the potential to reduce global greenhouse gas emissions by nearly a third. In Animal Agriculture is the Leading Cause of Climate Change: A Climate Healers Position Paper Sailesh Rao proposes the impact of animal agriculture is even more significant, causing at least 87% of greenhouse gas emissions annually.

We must urgently promote diet change and revolutionize our food systems. For the public to take this issue seriously, we need environmental organizations, community leaders and politicians to run public information campaigns and to take action on the devastating impact of animal agriculture and the essential strategy of promoting plant-based solutions now.

Public education campaigns can empower people to take positive actions at home, at work and as voters. They vote as consumers at the supermarket and at the ballot box. We need to take meat, dairy and eggs off the menu at hospitals, schools, public institutions, workplaces, and community events.

There needs to be basic scientific literacy on greenhouse gas emissions, land use, water pollution, extinction, and destruction of carbon sinks related to animal agriculture and the use of animal products as compared to plant-based alternatives.

Governments need to stop subsidies for animal feed, animal farming and slaughterhouses. We need policies to prevent any new construction of factory farms and to shut down slaughterhouses to stop the climate crisis. We need to redirect government subsidies to plant-based food solutions. We should subsidize farmers producing preferably organic and local fruits and vegetables. Additionally, government subsidies are needed for reforestation and rewilding.

From underdog to topdog: how to empower the public to embrace veganism as a key climate solution

The People’s Climate Vote shows that the vast majority of the public believe that the climate crisis is an emergency and that we should do everything possible to stop it. Scientific experts are pointing to food system change as a top priority. Now we need the public, animal, human rights and environmental groups, governments, business and institutions to jump onboard.