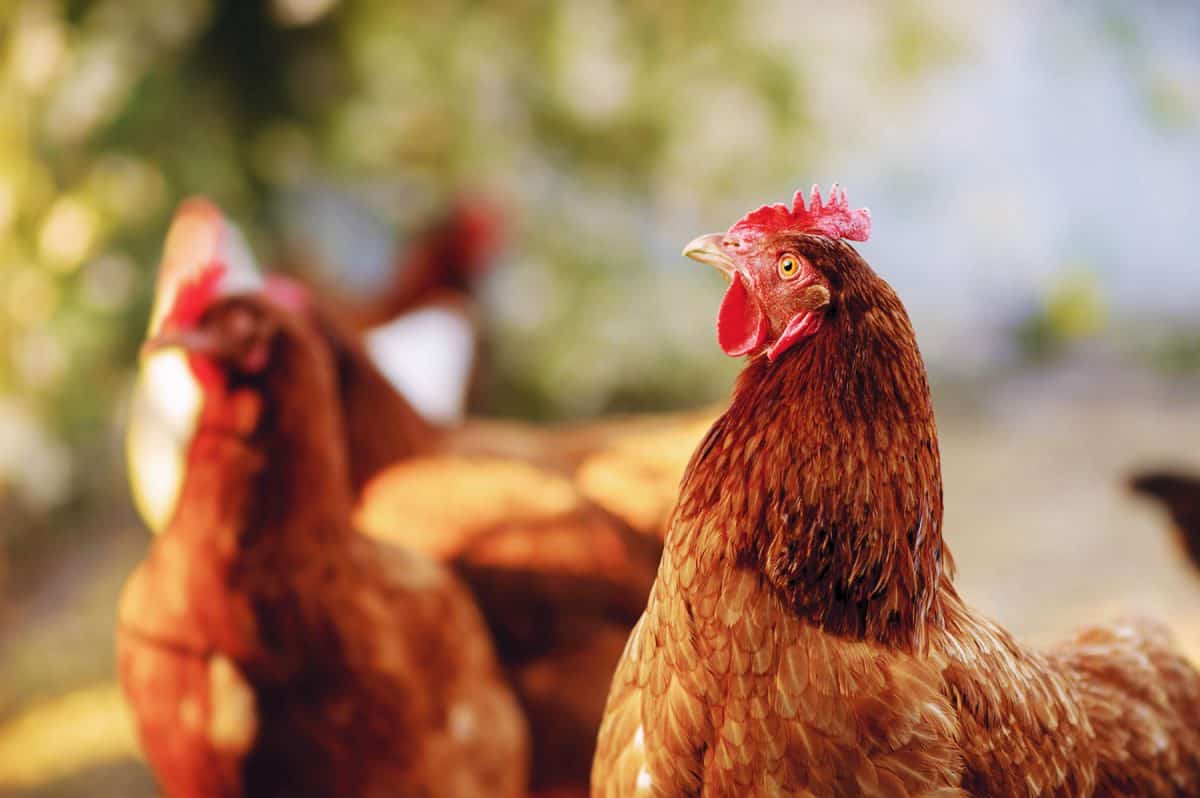 People may have good intentions and decide to buy chicks and raise them in their backyard to provide eggs for their family to eat, but they do not fully realize they are still supporting an industry that exploits animals. Backyard chickens are not a solution to the factory farming egg industry, they are part of the problem. There is extreme suffering and death behind the scenes before the chicks arrive in your backyard.

Industries that exploit animals mislead people to make money and backyard chickens are no different. For instance, humane meat does not exist despite marketing campaigns trying to convince consumers it does; or the misleading “cage-free” or “free-range” labels that desperate brands use to sell eggs. This form of marketing is highly deceptive because these labels do not mean chickens are roaming free in pretty green pastures under the sun. Chickens are still kept in dirty and cramped wire battery cages and still have part of their beaks cut off (A common practice on chicken farms so they don’t peck each other in frustration). For most of the day chickens can’t leave their cage or stretch their wings and their outdoor access is extremely limited.

Although backyard chickens will have a better life in a private garden home versus a factory farm, the issues surrounding keeping chickens are complex and not the solution. The solution is not to eat eggs. 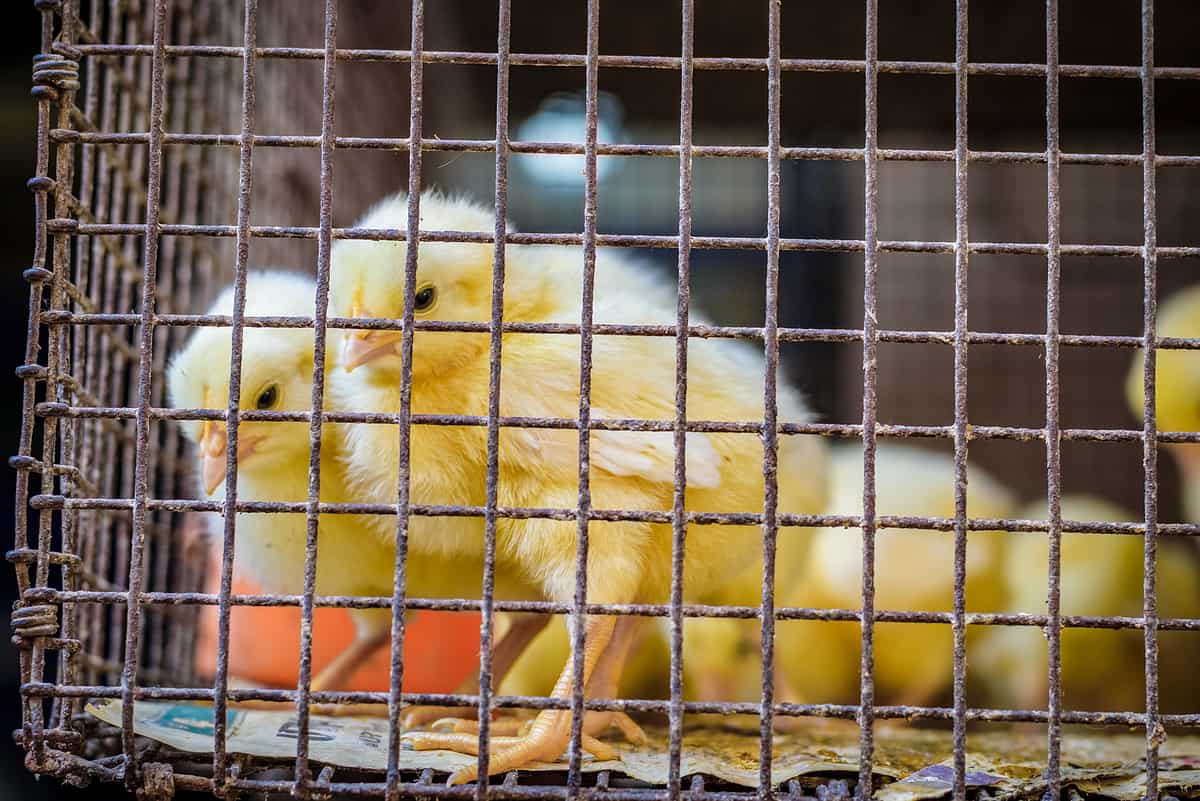 1. Baby chicks are shipped through the mail

It’s great to order items online - a new shirt, a book, your favorite vegan chocolate - but it’s not great to order living creatures over the internet. Yet that is exactly what happens with backyard chickens. Hatcheries put chicks that are just one day old into tiny boxes and ship them off to the post office for delivery. This traumatic journey can take up to 72 hours and very often the helpless chicks have no food or water, or else very little. The confused chicks are subjected to dangerous temperatures, heat in the summer and cold in the winter. A quick google search brings up multiple hatcheries ready to ship these babies “into the poultry world”. There is no kind way to stuff an animal into a closed box and send them off in the mail. It’s also possible, like with all packages in the mail, that it will get lost or end up at the wrong destination. This is exactly what happened to a box of over 100 newborn chicks when the package was incorrectly addressed and traveled almost a thousand extra miles, as reported in this article by Farm Sanctuary.

“It sat unclaimed in the post office until postal workers realized that something was amiss and contacted local animal control. Inside the box were more than 100 newborn chicks. After the chicks were seized and brought to the Washington Humane Society Animal Care & Control facility, a staff member notified Farm Sanctuary and our Emergency Rescue Team headed to D.C. to gather these survivors and transport them carefully back to our New York Shelter.” – Farm Sanctuary 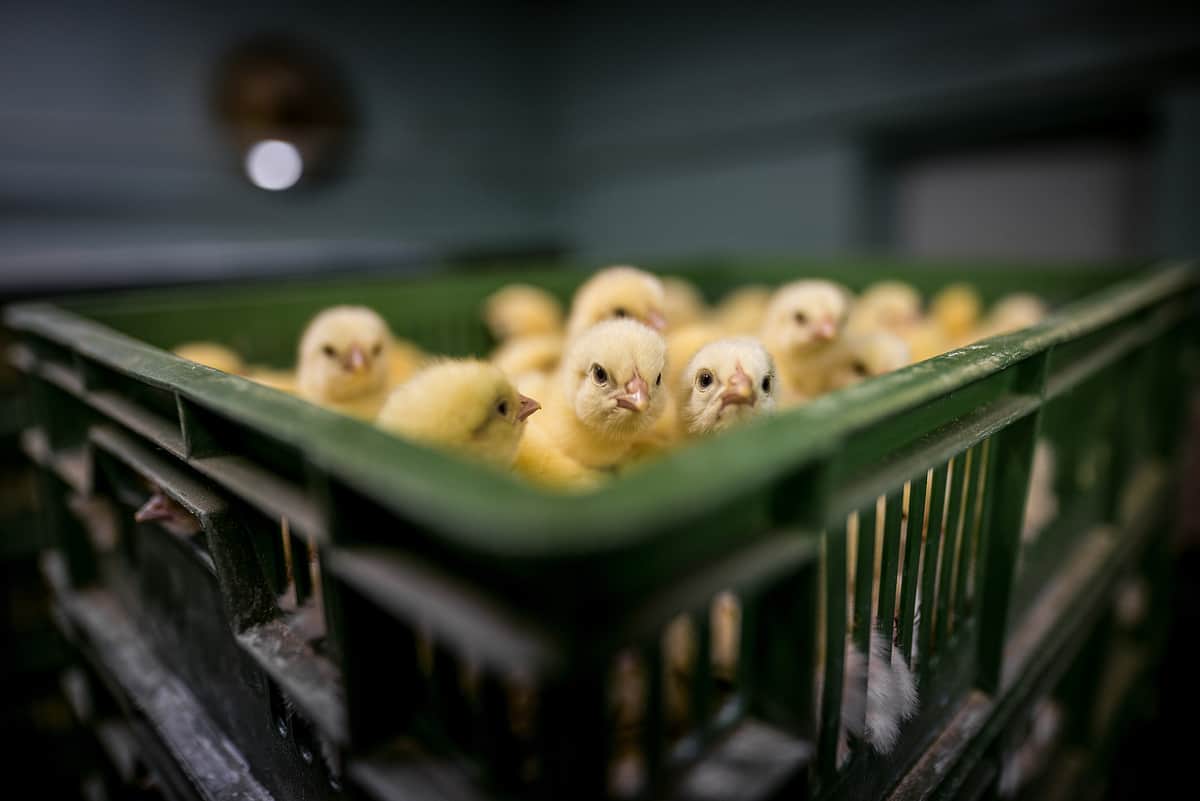 2. The male chicks are still killed

When you purchase backyard chickens you are supporting the exact same type of facilities that supply chicks to large egg producers. Female chicks are purchased from breeding programs, they are not being rescued from the commercial egg industry, they are part of the industry.

About half of all chickens hatched are males and most of them are killed by the egg industry. Hatcheries do not want male chicks any more than farms do because they do not make money for them since they can’t lay eggs. These chicks are usually too small for the meat industry and deemed useless. Male chicks are commonly ground up while still alive. Purchasing backyard chickens supports this cruel practice.

“Every year, farmers kill some 200 million day-old male chicks, typically by throwing them into a high-speed grinder or suffocating them, because they’re considered worthless.” – People For The Ethical Treatment of Animals

Other ways male chicks are killed include gassing them, stuffing them into plastic bags while still alive and tossing them into the dumpsters to die of suffocation, or electrocution. When you buy chicks online or from farmers directly, you are encouraging the suppliers to get more chicks. They are treated like inventory and it’s a business based on supply and demand. 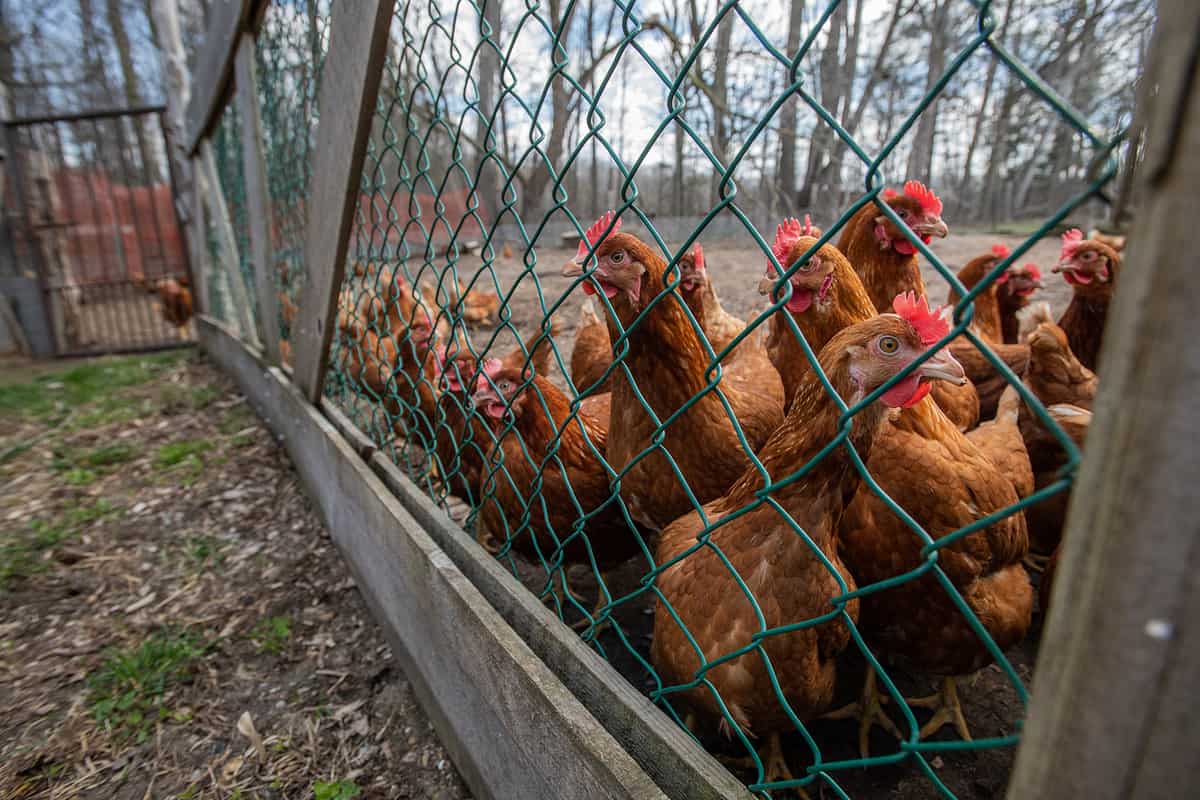 3. Risk of illness to humans

The new fad of getting backyard chickens carries health risks to humans.

“Chickens commonly carry bacteria such as salmonella and campylobacter, which can cause intestinal disease in humans. Those most at risk of contracting disease from chickens are children under five, the elderly, pregnant women and people with compromised immune systems.” - CBC

These are issues that many people don’t think about before ordering backyard chickens.

“Humans are exposed to the bacteria through the chickens' feces — for example, when they handle the animals without thoroughly washing their hands immediately afterward, allow chickens inside the home, or come into contact with water runoff containing feces.” - CBC

In addition to salmonella, chickens may also spread other diseases when not cared for properly or kept in confinement.

“Issues such as zoonotic disease and heavy metal contamination are especially pressing. One recent study revealed that backyard hen keepers might have an exaggerated sense of their knowledge of chicken health and well-being or simply might not have an adequate level of concern about potential risks.” - Faunalytics

These diseases can spread from backyard chickens to the general public and become quite serious. 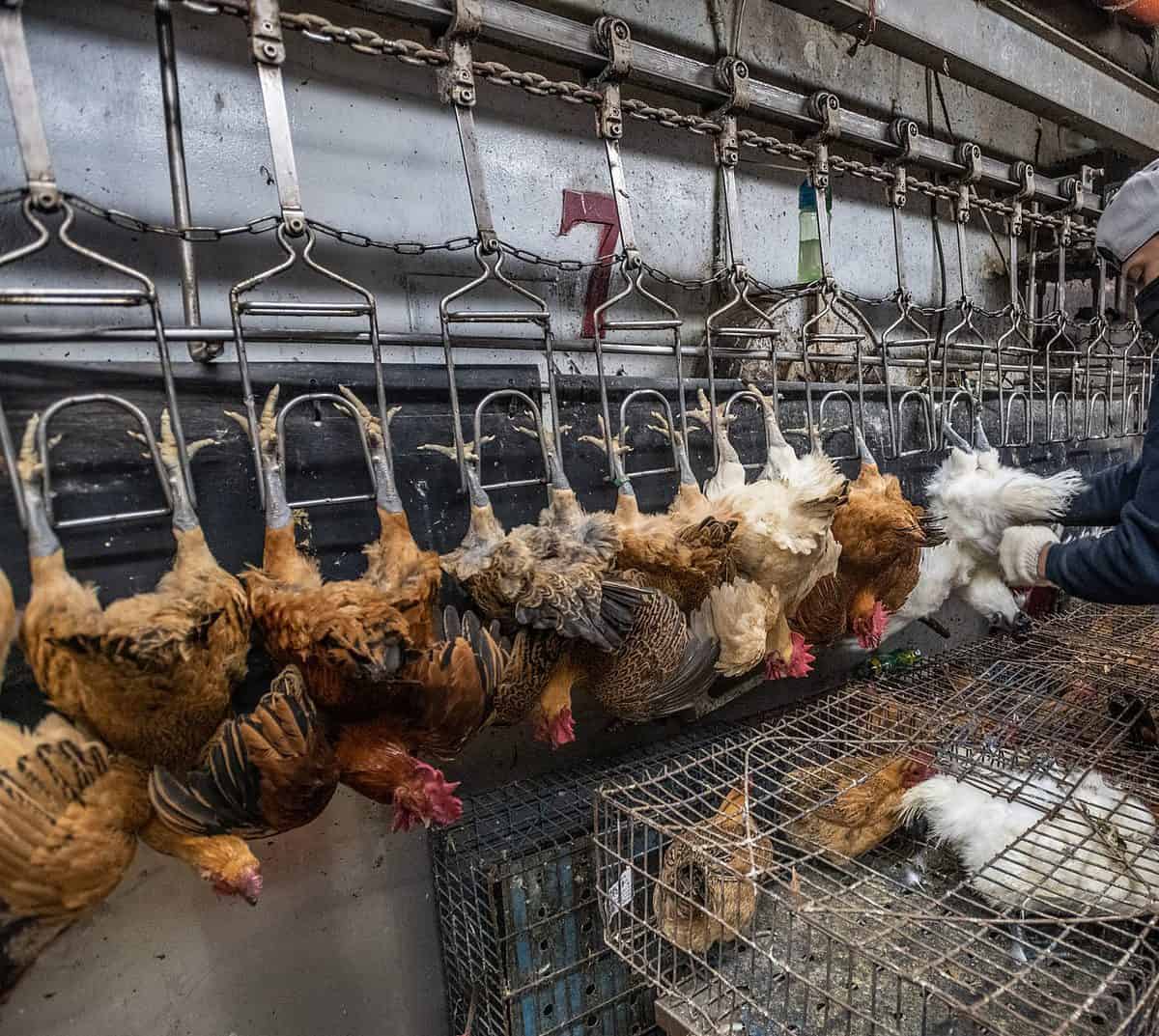 If your cat, dog, or small animal gets sick it’s easy to find a vet, but the same cannot be said for chickens that become ill. Like other companion animals, backyard chickens require regular vet care and this will not always be possible resulting in negative well-being of the chickens.

“Should a keeper notice that a bird is ill or injured, they’ll often have trouble finding adequate veterinary care. Most vets aren’t trained in avian medicine, so the keeper will most likely be told to look for an exotic-animal expert.” - Faunalytics

Something else to consider is that domesticated chickens can live past their egg-producing years. While they may produce eggs for two to three years, they could live six to eight years. When they stop producing eggs on a factory farm they are slaughtered.

“Some people kill backyard hens who no longer lay eggs, replacing them with new chicks—furthering the cycle of abuse and exploitation.” – Farm Sanctuary 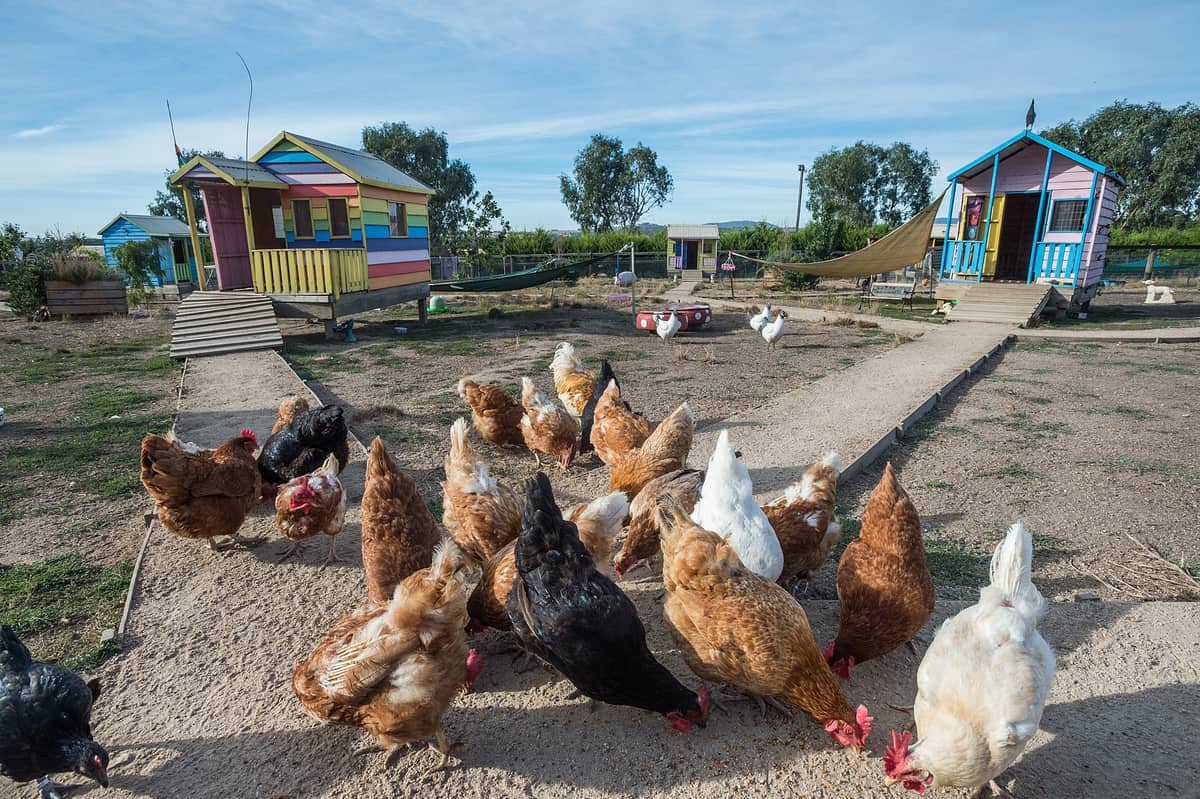 The ethical issues of eating backyard chicken eggs if you are vegan is commonly debated on social media and the topic is quite contentious. Kind and compassionate people have rescued chickens from horrible situations and given them a chance at a new life. This is truly inspiring! Sanctuaries around the world have also rescued chickens, such as the lucky ones at Farm Sanctuary. But is it okay to eat eggs from rescued chickens if your goal is to live a vegan lifestyle?

“…there will always be people who rescue chickens and assume there’s no harm in eating their eggs; however, this type of action still carries with it the germ of animal exploitation. There’s no need to eat animals or anything they produce—all animals should be free to live their lives naturally and without humans taking things that belong to them.” – Farm Sanctuary

Luckily there is another option instead of eating them. Each time a chicken lays an egg they excrete calcium from their bones used for the shell. Broken bones and osteoporosis due to lack of calcium is common for factory farmed egg laying hens. Some people with rescued hens allow them to eat their own eggs so they can replenish vital nutrients, as some chickens would do in the wild. Volunteers at sanctuaries crush up the shells finely and bake them to feed back to the chickens or simply allow the chickens to eat them on their own, should they be so inclined.

Bottom line? Chickens are not giving us their eggs. We are taking them.

A Toronto Pig Save tribute to Sylvia Fraser