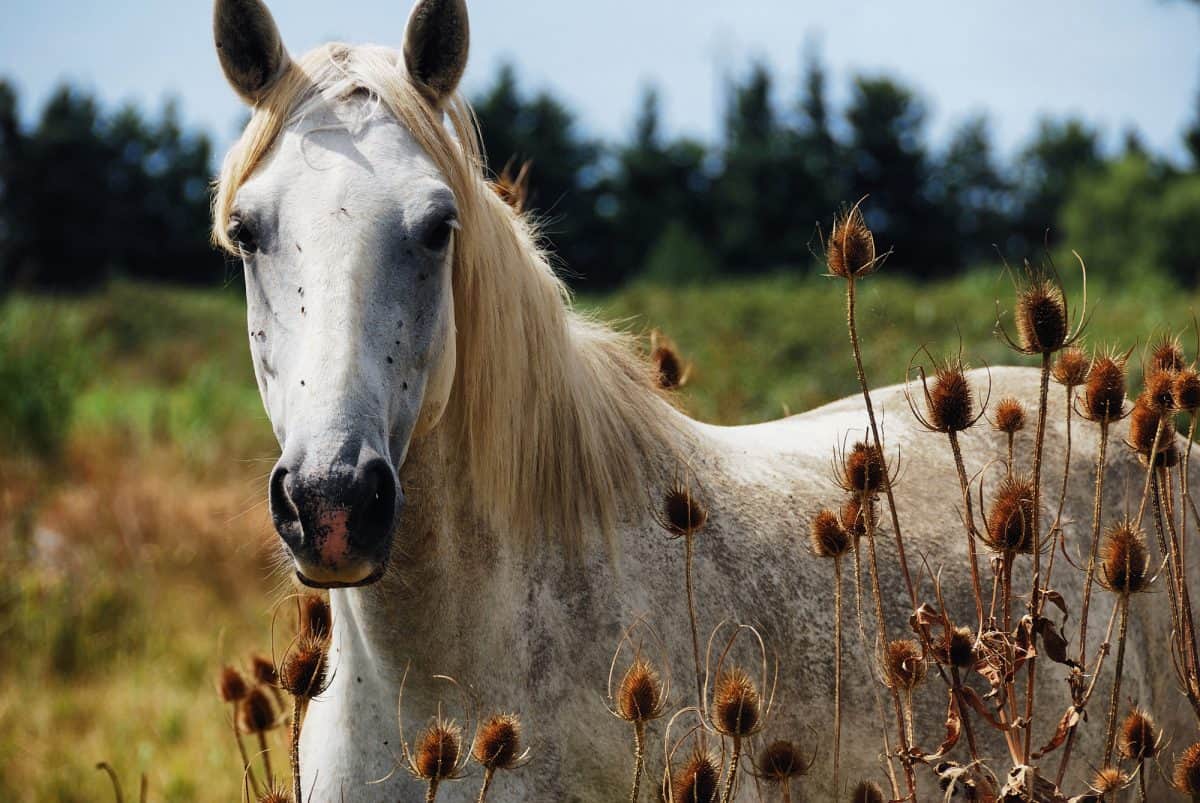 The Grand National, a world-famous, annual horse race, took place this past weekend at Aintree racecourse in the UK. The Grand National is a four and a quarter mile course that has been designed deliberately to be a treacherous run. It has 30 dangerous fences along the way that the horses are forced to jump over. The highest fence, known as ‘The Chair’, stands at 5 foot 2 inches (1.5 meters) tall with a 5 foot ditch on the take off side.

Along with many other prestigious races, the race weekend is a very lavish affair. People dress smartly, they place bets, they make a weekend of it; it’s all fun and games. But what people don’t see, what is kept mostly hidden from the public eye, is what happens behind the scenes: The deaths, the grueling “training” regimes causing damage to fragile muscle and bones, the cruel devices, and what happens to horses when they are retired.

This weekend alone, four horses died, two in the Grand National race itself and two in races earlier in the festival. Solwara One was euthanized following an injury; Elle Est Belle suffered a suspected heart attack; Discorama sustained a fatal injury; Eclair Surf had a heavy fall causing a head injury and later died. The RSPCA has condemned the deaths, saying that "the death of any horse is always one too many".

But that’s nothing compared to the macabre history. Since 2000, 55 horses have died during the Grand National meet and 15 during the Grand National race itself. A total of 86 have been killed since the race began in 1839. The annual Kentucky Derby in the USA, which takes place in early May boasts even worse statistics with a 2019 report stating that there were 237 race-related deaths between 2010 and 2019, 203 of which were euthanasias following a fracture. In 2018 alone, 493 horses died from racing injuries in the USA and Canada. The Melbourne Cup also has a similar story: seven horses dying on race day in 2020 and a total of 149 horses dying on Australian racetracks between August 2020 and July 2021.

The majority of deaths are by euthanasia following fractures, often on the scene in front of horrified spectators. 79% of deaths are estimated to come from musculoskeletal fractures and 12% from cardiopulmonary conditions. It should come as no surprise there are so many fractures during training and races. Horses weigh upwards of 1,000 pounds (450kg) and their ankles are surprisingly slender, no bigger than an average human male. They are forced to run at up to 30 miles per hour and jump over obstacles, all while being whipped and carrying a human on their back. In addition, the animals begin their ‘training’ while their skeletal systems are still growing, putting extra pressure on their bodies and leaving them often unprepared physically for the immense demands of high-speed racing. It can be difficult for veterinarians to diagnose injuries that are easily overlooked such as strained tendons or hairline fractures and horses are often returned to training with these minor ailments that turn deadly on the racetrack. Owners don’t want to pay the fees for expensive surgeries, which horses often do not do well at, and so they usually opt for euthanasia or sell the animals at auction—the ultimate betrayal for these beautiful and loyal animals.

During training and racing, riders will use whips and tongue ties. In fact, the British Horseracing Authority (BHA) specifically sanctions the jockeys to whip their horses to ‘encourage’ them and enhance performance. The whip is very painful for the horse and causes them much distress. In Australian racing, there are specific guidelines about how many times a horse can be whipped during a race; however during the last 100 meters, there is no limit. A tongue tie is a large elastic band wrapped tightly around a horse’s tongue and then tied around the lower jaw to keep the tongue in place during training and racing. The purpose of this is to prevent the horse from getting their tongue over the bit which they do so to try and relieve the discomfort of the unrelenting pressure from tightened reins. There are several problems associated with the tongue tie such as pain, difficulty swallowing, cuts, bruising and swelling to the tongue, and restricted blood flow which can cause permanent tissue damage.

When they stop winning races or become injured, few racehorses are retired to pastures, despite what the industry would have us believe, because owners don’t want to pay for a horse who doesn’t bring in any money. Many racehorses end up in slaughterhouses in Canada, Mexico, Japan or U.K., where they are turned into dog food and glue. Due to overbreeding, a whopping 130,000 horses were sent to slaughter in Mexico and Canada in 2015, yet the racing, rodeo and show industries continue to breed hundreds of thousands of horses annually. The U.S. racing industry sends approximately 10,000 horses to slaughter each year, meaning that around half of the 20,000 foals born annually will eventually be killed for their flesh.

An investigation by Animal Aid UK found documents showing that at least 4,000 retired racehorses had been slaughtered in abattoirs during a two-year period since 2019. These included horses which “had previous illustrious racing careers”. They set up hidden cameras at a slaughterhouse during the investigation and captured 91 occasions of a worker shooting horses, not at close range, but from yards away. It also showed that on at least 26 occasions, horses at the abattoir were killed within sight of each other which is another breach of the regulations concerning slaughter.

As of January 1st, 2022, horses that are trained and entered to race in Britain must be signed out of the human food chain. This new ruling came about as a result of the Animal Aid undercover footage and subsequent BBC documentary.

Sanctuary Not Cruelty is a campaign by Animal Aid UK that encourages would-be punters to take the money they would spend on betting and donate to horse sanctuaries instead. Two such sanctuaries are Horse and Farm Animal Sanctuary and The Racehorse Sanctuary.

Horses are not objects for human entertainment and they suffer greatly in the pursuit of our ‘fun’. Please boycott the Grand National, the Kentucky Derby, the Melbourne Cup and all other horse races.