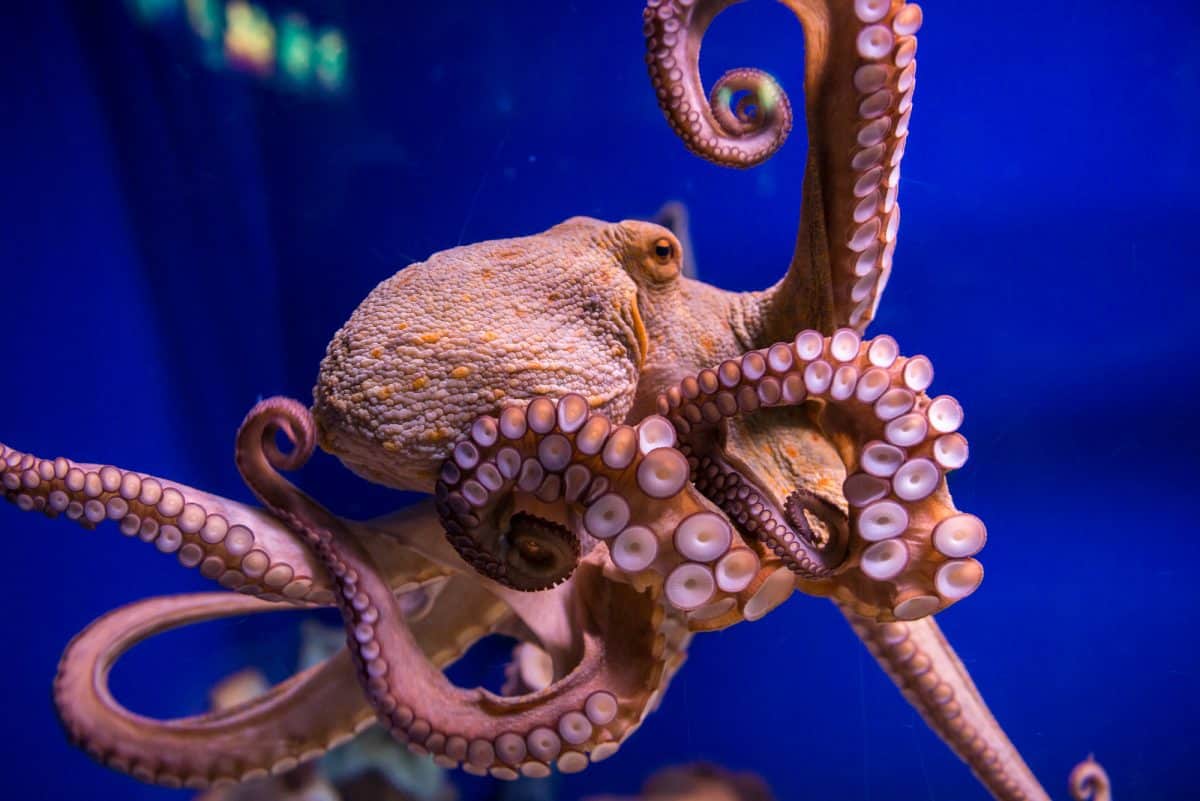 Octopuses are very much in the spotlight at the moment as public interest in these amazing marine animals soars. The Netflix documentary, My Octopus Teacher, documents a heart-wrenching account of a year spent by filmmaker Craig Foster forging a relationship with a wild common octopus in South Africa. The name of the film is apt, with Craig learning more than he could have ever imagined from his octopus friend. Foster describes the effect of this mentorship-like relationship the octopus provided him, teaching him a lesson on the fragility of life and humanity's connection with nature. Such was the profound impact the documentary had on its viewers; at the 93rd Academy Awards, it won the award for Best Documentary Feature.

People the world over have become fascinated by these incredible animals who are intelligent, curious, and have a fascinating ability to change their appearance. If you’d like to learn more about octopuses, please check out our previous blog by Miriam Porter, 5 Interesting Facts about Octopus and Why We Shouldn’t Eat Them.

Unfortunately, octopuses are also in the media spotlight at the moment for the worst kind of reason. The Spanish company Nueva Pescanova has invested €65 million to build the world's first commercial octopus farm in Las Palmas, Gran Canaria, Canary Islands. Shockingly, over the last few years, demand for the consumption of octopuses has been rising dramatically in several Mediterranean countries in Europe, as well as in Asia, Mexico, Japan, and the United States. As a direct consequence of this increased consumer demand, food industries are keen to farm octopuses in captivity.

As the first demand of the Plant Based Treaty states, we should not be building new slaughterhouses or animal farms, but relinquishing animal agriculture facilities and not making the problem worse. Yet this octopus farm would lead to a million octopuses being killed for food each year (3,000 tonnes according to the company–the industry crudely refers to the octopuses killed by weight). The proposal would also put more pressure on the ocean, disrupt marine ecosystems, and kill other marine life who would have to be caught to feed the octopuses. Many, many millions of fish and other marine life would be affected and killed as a result of the farm. As the film Seaspiracy showed, our oceans are in crisis. Farming octopuses is as unsustainable as it is inhumane. Octopus farming also contravenes the EU Strategic Aquaculture Guidelines (SAG) because it will further deplete populations of fish communities living in the oceans.

There are currently no laws in place in Europe, the U.S., Mexico or Japan to protect octopuses from suffering or the particularly abhorrent killing methods. Pescanova has so far refused to explain how the octopuses will be killed. What we do know is that wild-caught octopuses are killed by methods such as clubbing their heads, cutting into their brains without anaesthetic, asphyxiation in a net, and chilling in ice. Scientists have also been studying three new slaughter methods including:

Experimental trials to farm octopuses have indicated that the mortality rate in an octopus farm would be around 20%. This means that 1 in 5, or 200,000 individuals of the million Pescanova plan to kill each year, would not even survive the ‘production’ cycle of the farm. To be clear we are in no way advocating for more humane conditions or killing methods for the octopuses. There is no humane way to hold anyone captive or kill anyone against their will.

Animal Save Movement and Plant Based Treaty have launched a petition calling for the proposed slaughterhouse to be banned and instead, octopuses be recognized in Europe and around the world as sentient beings, something that has already been achieved in the United Kingdom. The petition so far has garnered over 35,000 signatures. You can add yours by clicking here. Together we can stop Pescanova and send a message to any other companies considering building an octopus farm to LEAVE OCTOPUSES ALONE!