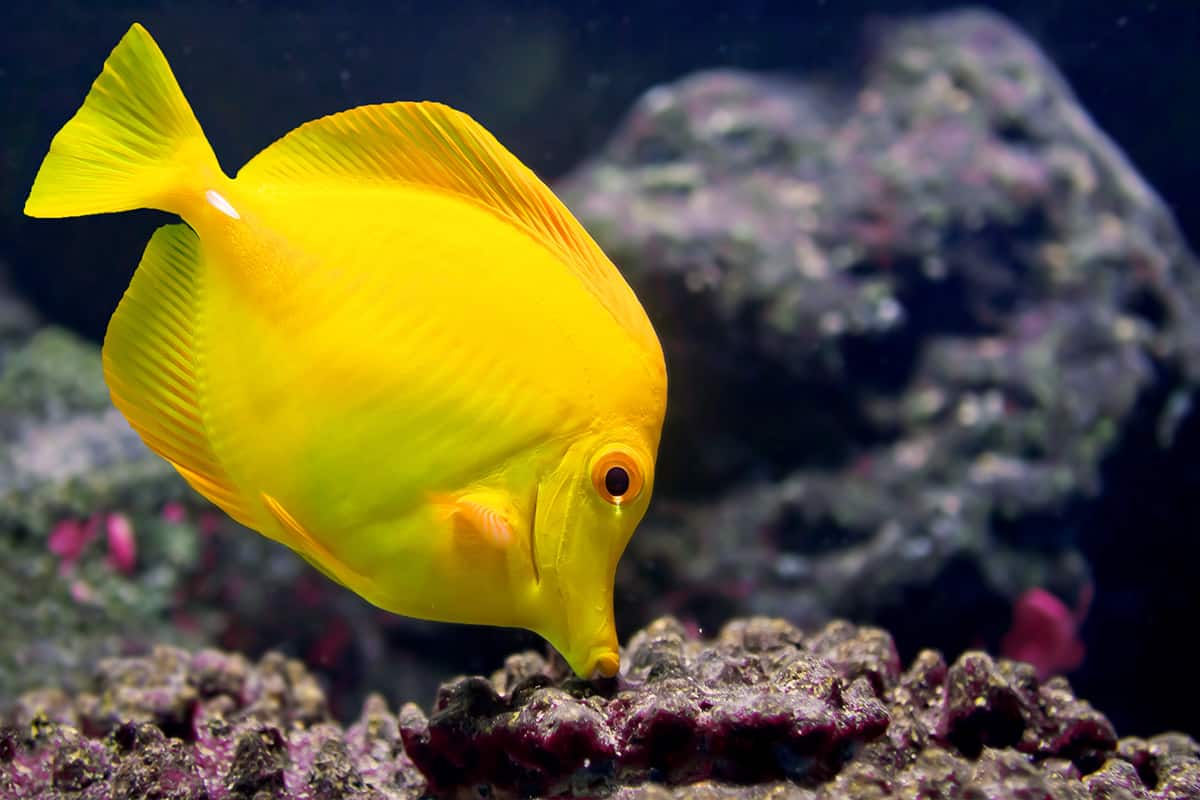 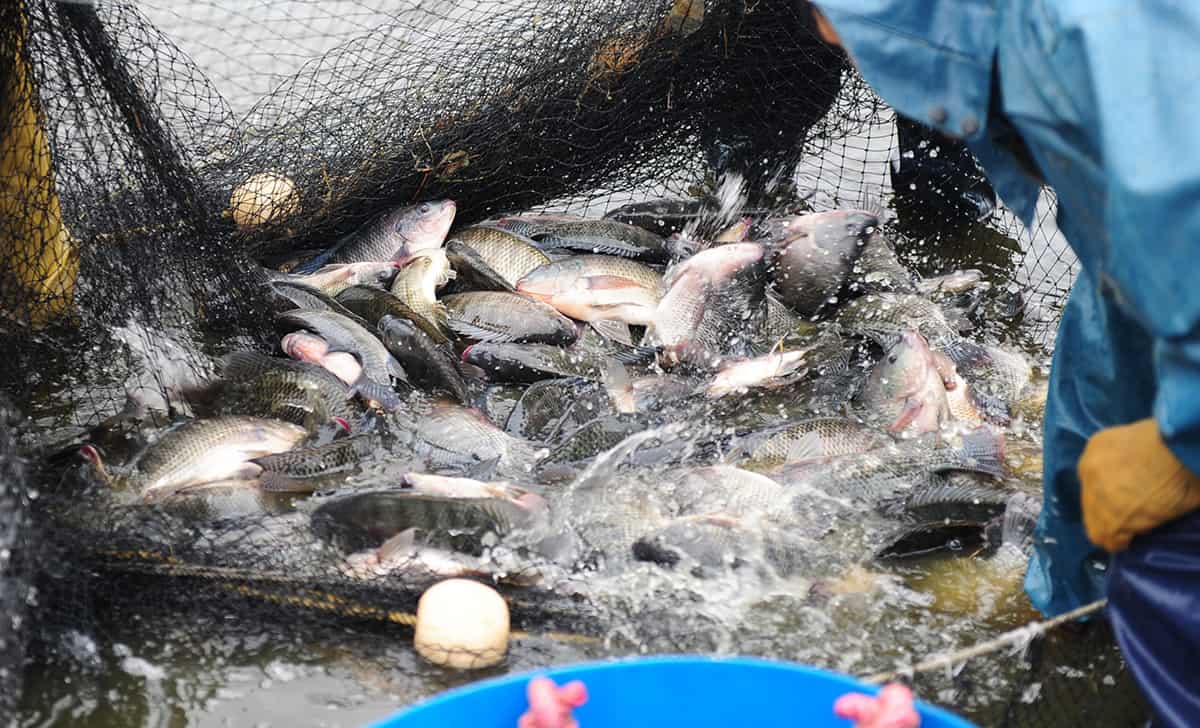 Fish are smart and social creatures that want to live in peace and freedom. But like other animals constantly being exploited by massive industries, fish are abused and killed for profit. In fact, more fish are killed for food annually than all other animals combined. Fish are being exterminated at a shocking rate and the numbers of fish killed every year is in the trillions. Whether fish are captured in the wild or raised on aquafarms, they suffer tremendously before their untimely death. Furthermore, the fishing industry is destroying our beautiful oceans and the environmental impact is huge.

Read on to learn more about the fish industry and how it affects the future of our planet.

1. Oceans are Being Destroyed

The fishing industry leaves a destructive path wherever it goes. Fish populations have been depleted and ocean ecosystems around the world are suffering. According to Greenpeace, there are too many boats trying to catch too few fish and humans have already removed at least two-thirds of large fish in the ocean. Oceans and waterways are being polluted by large scale fishing operations. Massive vessels are able to capture more fish than ever before leaving behind a destructive path and devastating marine habitats. Bottom trawling is a term used when huge weighted fishing nets are dragged along the sea floor extinguishing everything in their path. Coral and sponge communities that have been around for thousands of years in the ocean are destroyed from this and may never recover. The fish species that have not been captured by the huge nets that were dependent on coral and sponges for shelter, protection and food are left with nothing and are disappearing too. It has been estimated that approximately 95% of global ocean damage is from bottom trawling.

Industrial or commercial fishers use enormous ships the size of entire football fields and track fish with electronic gear to capture as many as possible. These boats contain huge freezers that allow them to store the seized fish for months at a time while out at sea. Another technique used in commercial fishing besides bottom trawling is the use of longlines. Boats drag long fishing lines through the water at various depths with hooks attached to them and they are left out overnight. The lines are up to 50 feet long and lure in any sea creature in the area looking for a meal. Once fish are stuck on the hooks they drown, bleed to death, or struggle for hours. Bycatch such as sea birds, turtles and whales are thrown away as they are considered useless to the fishing industry (more on this below). Another method used by the commercial fishing industry is purse seines. This type of net, known for luring in tuna, has raised controversy over the years because this method of fishing frequently tracks pods of dolphins since they are known to swim with large schools of tuna. These cruel nets trap hundreds of tuna, as well as cod and haddock. If the fish are still alive in the nets after being dragged to the deck of the boat their gills are slit while completely conscious.

3. Life and Death on Aquafarms

If you have ever seen photos of fish on aquafarms the images are haunting. Fish are forced to spend their whole lives in dirty cramped enclosures. While in this unnatural environment and unable to swim freely, many fish get diseases and parasitic infections as well as devastating injuries. Since the spaces are so small, the fish are constantly knocking against each other and onto the sides of their tanks, which causes fin damage and sores. Fish farmers want increased profits so they cram as many fish as they can into the tiniest space causing major overcrowding. It has been reported that huge fish farms can keep over one million fish at a time and span the size of four football fields. About half of all fish consumed around the world are raised on these land or ocean-based aquafarms. Animal Equality explains that fish can spend up to two years confined to their tiny spaces and the toxic water is often filled with faeces, pesticides and parasites. They also report that a two-acre fish farm can produce as much waste as a city of 10,000 people. The aquaculture industry is growing at a rapid pace as more natural fisheries are becoming used up.

It is a common misconception that fish do not feel pain. Fish biologists, scientists and veterinarians that have studied pain in fish increasingly believe that the reality is fish do feel pain. Despite this, fish are often left out of legal protections that other animals have when it comes to animal welfare legislation and nonhuman vertebrates. Fish have nervous systems that respond to pain in various ways and neurobiologists have recognized this for years. It has been proven fish have neurotransmitters produced by their nervous systems to relieve pain. Studies have explored the fact that fish experience and react to pain even though they have different brain structures than humans. So just because they don’t audibly scream when a hook is pierced or rips though their mouth, evidence shows fish suffer from this type of torture. Other studies have shown that fish feel fear when they are chased and this goes beyond a simple reflex. Fish fight for their lives when they are caught; whether it’s the “sport” of fishing and they are plucked from their home with sharp hooks, entire schools of fish are swept up in massive nets and sliced open while still alive, or they are left to flop around on decks without water.

Wild caught fish are not the only casualties of the fish industry because wherever there is fishing, there is bycatch. As previously mentioned, bycatch such as sea birds, turtles and whales are often caught in the nets when bottom trawling. Other sea creatures that fall victim to the fishing industry are sharks, seals, porpoises, and other fish that are not the main target for the nets or longlines. The nets catch everything in their path and the unwanted victims are thrown overboard and either slowly bleed to death in the water or get eaten by swarming birds. This method of fishing is also harmful to marine environments and destroys our planet. PETA explains that shrimp trawlers discard 60 – 80 percent of their catch, which is not only terrible for the animals caught in the nets but environmentally destructive. It has been estimated by scientists that over 650,000 marine mammals are either killed or seriously injured every year by the commercial fishing industry. The reality is the fishing industry is responsible for so much death and destruction including the forgotten victims that are just thrown away because they are deemed useless.

Fish Save chapters around the world hold vigils at fish markets or supermarkets that sell live fish and other sites of marine life exploitation such as aquariums.