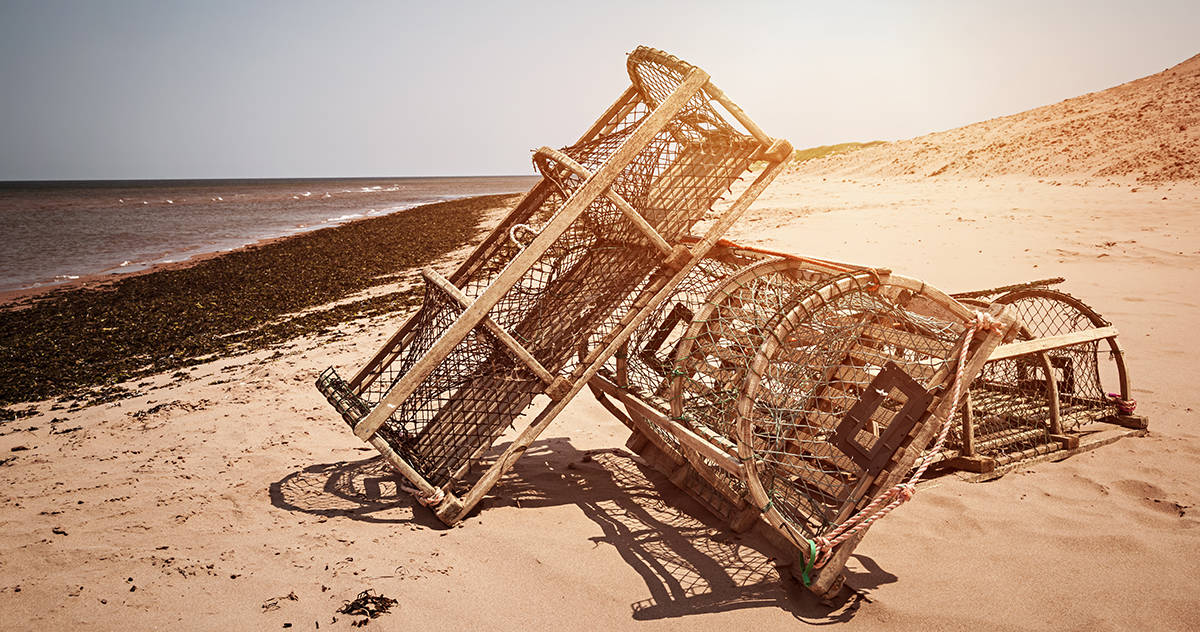 While there are certainly more than five reasons not to eat lobsters and treat them with love, respect and kindness, here are some essentials to get you started.

Lobsters, if left alone in wild waters, can live to be 100 years old. Like humans, they have courtship rituals and carry their young for nine months. Lobsters like to live in rocky areas to hide from predators and can often be found exploring their ocean floor. They can recognize other individual lobsters and even remember past acquaintances. It has been noted by researchers that have studied lobsters that their intelligence can be compared to the octopus, one of the smartest invertebrates in the world. Lobsters have receptors on their claws and legs that they use to recognize and find food. They can’t see or hear exceptionally well but use their sense of touch thanks to thousands of tiny hairs sticking out from the gaps in the shells.

Crate of live lobsters in a crate in Maine

Similarly to dolphins, lobsters create social relationships and explore their natural surroundings using complicated signals. Like many sea creatures, they love to take long distance trips and can explore over 100 miles annually, when left in freedom. Lobsters can be right handed, left handed, or ambidextrous. Their bonds with each other are strong and they have even been known to hang out with their claws intertwined with another lobster. When lobsters are kept in tanks at grocery stores waiting for their untimely death, many suffer from stress due to confinement, overcrowding, lack of any swim space and low oxygen levels. They cannot be social with other lobsters and do anything that is natural to them. Lobsters are extremely sensitive to temperature changes - making the practice of boiling them alive for food even more terrible than you might think.

A California Spiny lobster is caught in a lobster trap off the coast of California. Most lobsters caught in California are exported to China where demand is high.

Being boiled alive is excruciating no matter how you look at it. In fact, scientists have found that after lobsters are dropped into a pot of boiling water it can take 35 – 45 seconds for them to die while they whip their bodies from side to side trying to escape their burning death. They suffer tremendously this entire time. Furthermore, it has been found that lobsters don’t have the ability to go into shock when exposed to cruelty; therefore their suffering is extended. Boiling lobsters alive is so cruel that some countries like Switzerland and New Zealand have banned this practice. Other studies have shown that not only do lobsters feel pain, they can learn to avoid it and anticipate when it’s about to happen. Lobsters have a nervous system and release adrenalin-like hormones when they are in pain.

“Lobsters may feel even more pain than we would in similar situations. According to invertebrate zoologist Jaren G. Horsley, “The lobster does not have an autonomic nervous system that puts it into a state of shock when it is harmed. It probably feels itself being cut. … I think the lobster is in a great deal of pain from being cut open … [and] feels all the pain until its nervous system is destroyed” during cooking.” ~ PETA

There is no humane way to kill a lobster. In addition to being boiled alive, lobsters have their claws torn off, their tails separated from their thorax, their heads split open by sharp knives, their bodies are pierced with sharp objects often in more than one spot, they are drowned, microwaved and endure inconceivable forms of torture.

“A PETA investigation inside a crustacean slaughterhouse in Maine revealed that lobsters there are decapitated, torn apart and left to die slowly and in agony. The video footage shows workers slamming live crabs’ faces onto spikes to break off their top shells and pressing the animals’ exposed organs and flesh against stiff, spinning bristles to remove them.” - PETA

When my son Noah was five we were grocery shopping and he saw a glass tank packed with live lobsters. They had their claws clamped shut and could not move in their overcrowded dirty enclosure. Their small beady eyes stared back helplessly as if begging us to set them free. Back then it was quite common for grocery stores to keep live lobsters in tanks. When a customer wanted to buy one they would boil them alive in the back room. Noah wanted to rescue all the lobsters and take them back to the sea where they belong. Sadly that was not possible. But Noah insisted on speaking to the manager of the supermarket and told him how sad he was to see the lobsters for sale in tanks.

The patient manager told us he would take it into consideration. Noah and I went back weekly to check on the status of the lobsters – nothing changed for a long time. Old lobsters were replaced with new lobsters in a vicious cycle of exploitation. Then one day we were shopping and about to leave when I realized we hadn’t noticed the lobster tank in the seafood section. We circled back a few times looking everywhere. Noah raced around the store looking for them. They were gone. Finally! They never sold live lobsters again.

Of course the next step is for grocery stores to stop selling lobsters and sea creatures alive or dead. But for a kid speaking up for animals, it proved his voice mattered and he could be the change.

Never be silent when others are suffering. Lobsters, like all creatures, deserve to live. We must be the voice for the voiceless.