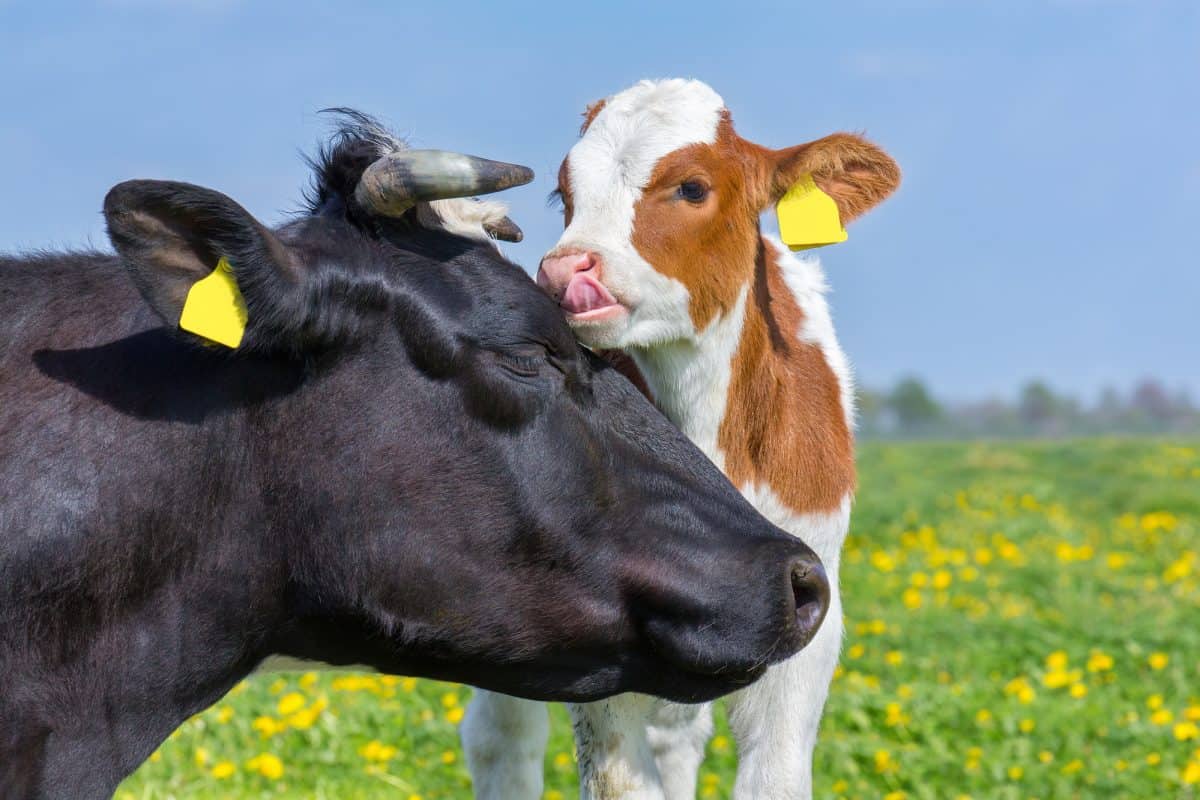 May 8th is Mother's Day in the United States and many countries around the world. Mother’s Day is a celebration honoring the mother of the family as well as motherhood and the maternal bond a mother has with her child. The loving bond between mother and child is unique and beautiful, one of the strongest bonds in nature. It is right that it should be celebrated. 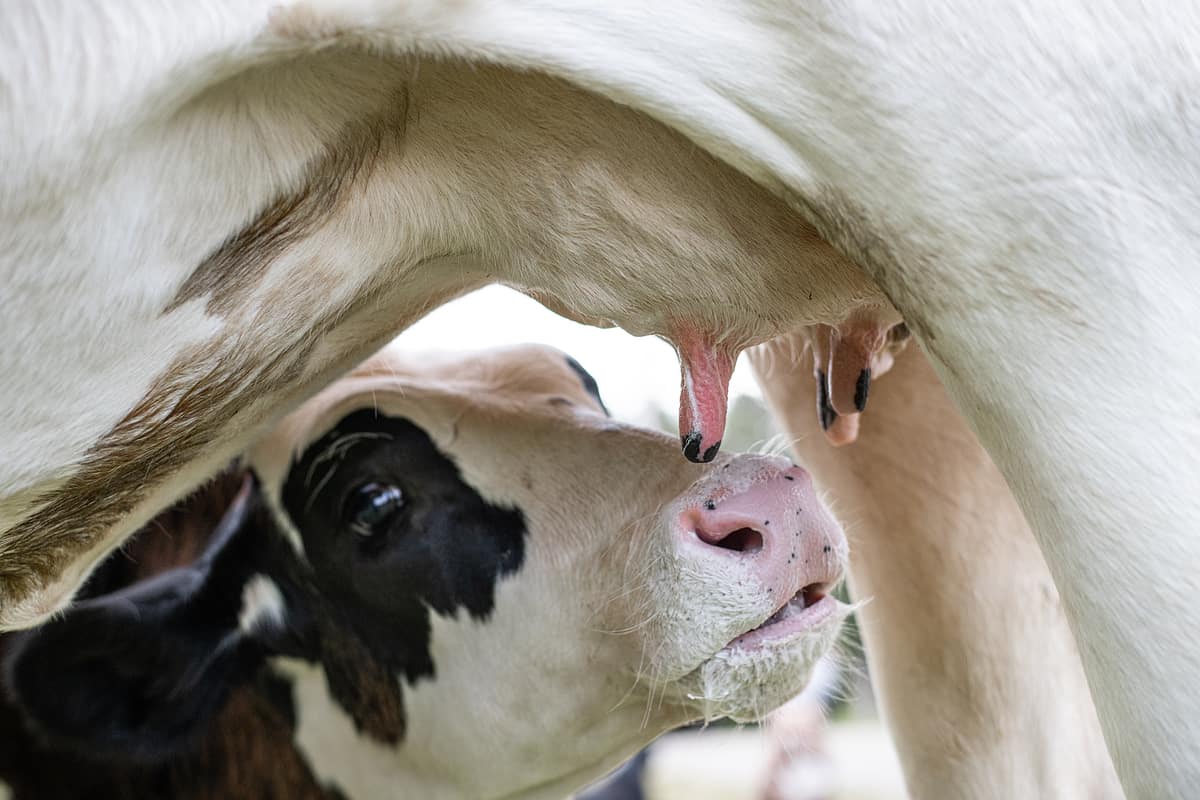 However, in the dairy industry, mother cows and their calves have this bond mercilessly stolen from them so humans can drink the mother’s milk that is meant for her baby. Cows don’t just automatically produce milk, a common misconception encouraged by the dairy industry themselves. They produce it to feed their babies, just like human mothers do. So in order to produce milk, cows, like humans, need to be pregnant. In the dairy industry this happens by dairy farmers repeatedly artificially inseminating cows, from the age of just 15 months, without their consent by mechanically drawing semen from a bull and then forcing it into the female cow using a device known in the industry as a ‘cattle crush’ or ‘rape rack’. This horrific experience is repeated over and over again, year after year, until their ravaged bodies are unable to be impregnated any longer. At this point, which is usually by the time they are 4 or 5 years old despite having a natural lifespan of about 20 years, they are no longer of any use to the dairy farmers and so are sent to the slaughterhouse to be killed. While they are producing milk, it is taken from them using machines every day which can be painful and cause infections such as mastitis. This perpetual, agonizing, and traumatizing process is standard practice across the industry in every country in the world.

The nightmare for cows does not end with forcible impregnation or stealing their milk. In what is unfathomable for any mother to imagine, the worst part of this real life nightmare is that their babies are taken from them, usually within 24 hours of birth. Cow’s often moan and cry for hours or days longing for their babies. This is necessary in the dairy industry because if the new born calves stayed with their mothers, they would want to drink their milk. The milk that is intended for them, that is their right to drink, but that humans want to steal. Instead, the babies are taken away and are fed milk replacers. Every year the number of calves born exceeds the number required by farmers to become ‘milking cows’ or ’veal’. So from their first breath, most baby calves are unwanted.

Female calves are either killed immediately or sentenced to the same fate as their mothers, and male calves are either killed or sold to animal auctions destined for the ‘veal’ industry. In this scenario they may be exported overseas to countries where demand for ‘veal’ is high, forced to endure long grueling journeys in cramped disgusting conditions. It can be hours without any nourishment for these newborn babies. This can cause serious health problems – the ‘veal’ industry uses the greatest amount of antibiotics in all of animal agriculture.

Once they reach their destination, they are chained inside tiny pens and kept anemic to ensure their flesh stays pale. They are then killed after just several weeks of life and their bodies eaten by humans. A short life of terror, confusion, and misery. This is the gruesome reality behind every glass of milk, every bite of cheese, and every product that contains dairy. 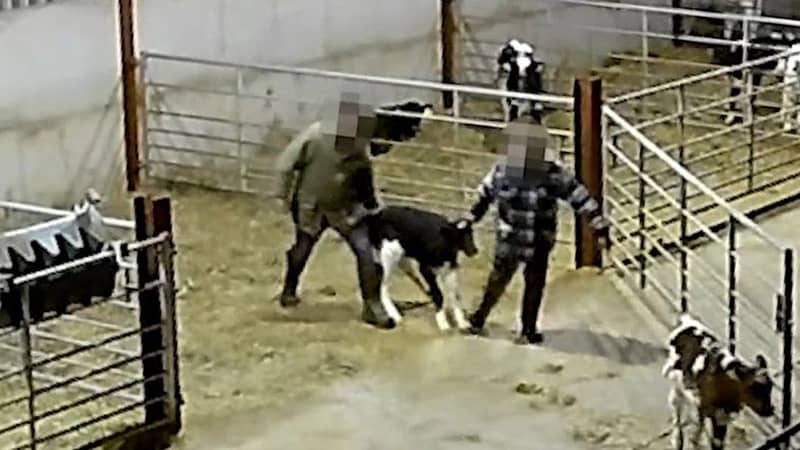 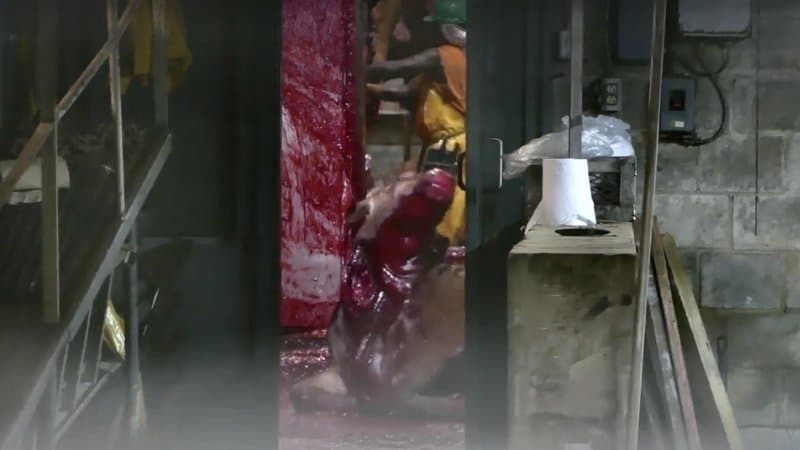 Abuse at farms is well documented across animal agriculture, and dairy farms are no exception. A Compassion over Killing undercover investigation at a Pennsylvania dairy farm discovered violence and abuse by workers including cows being kicked in the face, and poignant heartbreaking footage of a mother cow entering the milking parlor still dragging afterbirth behind her.

An Animal Justice investigation in the UK found cows being beaten with pipes at a dairy farm in Bath. Staff were also recorded kicking, slapping, punching, yelling, and swearing at cows. At another farm they found calves being dragged by their ears and tails.

These are a few incidents at farms in just two countries. Abuse within animal agriculture occurs globally. When these delicate babies and mother cows arrive at the slaughterhouse, there is no respite from the horrendous treatment. Undercover investigations have witnessed unspeakable abuse such as calves being strung up and having their throats slit despite captive bolt guns failing to render them unconscious.

In Toronto, Animal Save Movement activists witnessed cows being hoisted upside down, dangling from one leg and workers literally tearing the skin off their faces while the animals were still conscious after having their throats slit. Dr. Armaiti May, a California-based veterinarian commented after Animal Save Movement provided her with video evidence: “I was horrified to see fully conscious, alert cows writhing and flailing in agony as the blood drained from their slit throats.” 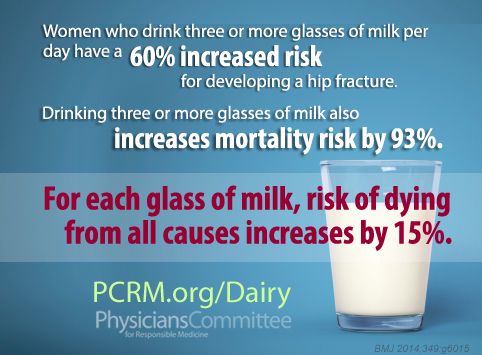 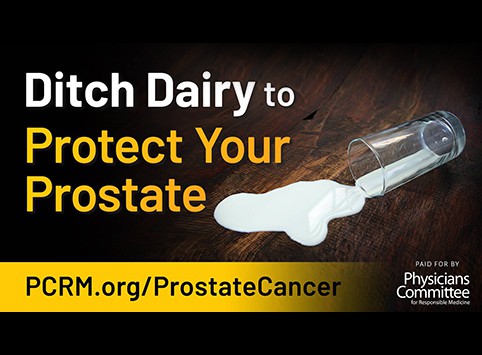 Another common misconception, fueled by billions of advertising dollars by both corporations and governments, over many decades going back to the dairy surplus of World War I, is that cows’ milk is nutritious and healthy. This is true for the calves it was intended for, but not for humans. We are the only species on the planet that consumes the milk of another animal and the only species to drink milk past infancy. In truth, cow's milk is not fit for human consumption. There are a whole host of health concerns linked to the consumption of dairy. Dairy products in general are the top source of saturated fat in the United States, contributing to heart disease, type 2 diabetes, Alzheimer’s disease, and an increased risk of several types of cancer. Despite claims by the dairy industry that milk is good for bones, research demonstrates that its consumption offers little or no benefit for bone health and may actually be damaging for bones by depleting calcium. One study in the British Medical Journal concluded that dairy products do not prevent stress fractures, with one study of close to 100,000 participants showing that the more milk consumed, the higher the incidents of bone fractures. In the United states, a Harvard study of over 75,000 women found that those who drank two or more glasses of milk per day had an increased risk of bone breakages than those who didn’t. T. Colin Campbell, a professor at Cornell University and author of The China Study clearly stated, “The association between the intake of animal protein and fracture rates appears to be as strong as that between cigarette smoking and lung cancer.”

Another claim by the dairy industry is that cows’ milk is a good source of vitamin D, however this is an incredibly disingenuous claim. Vitamin D does not occur naturally in cows’ milk, it is added later in the same way it can be added to many other products, including plant-based milks. 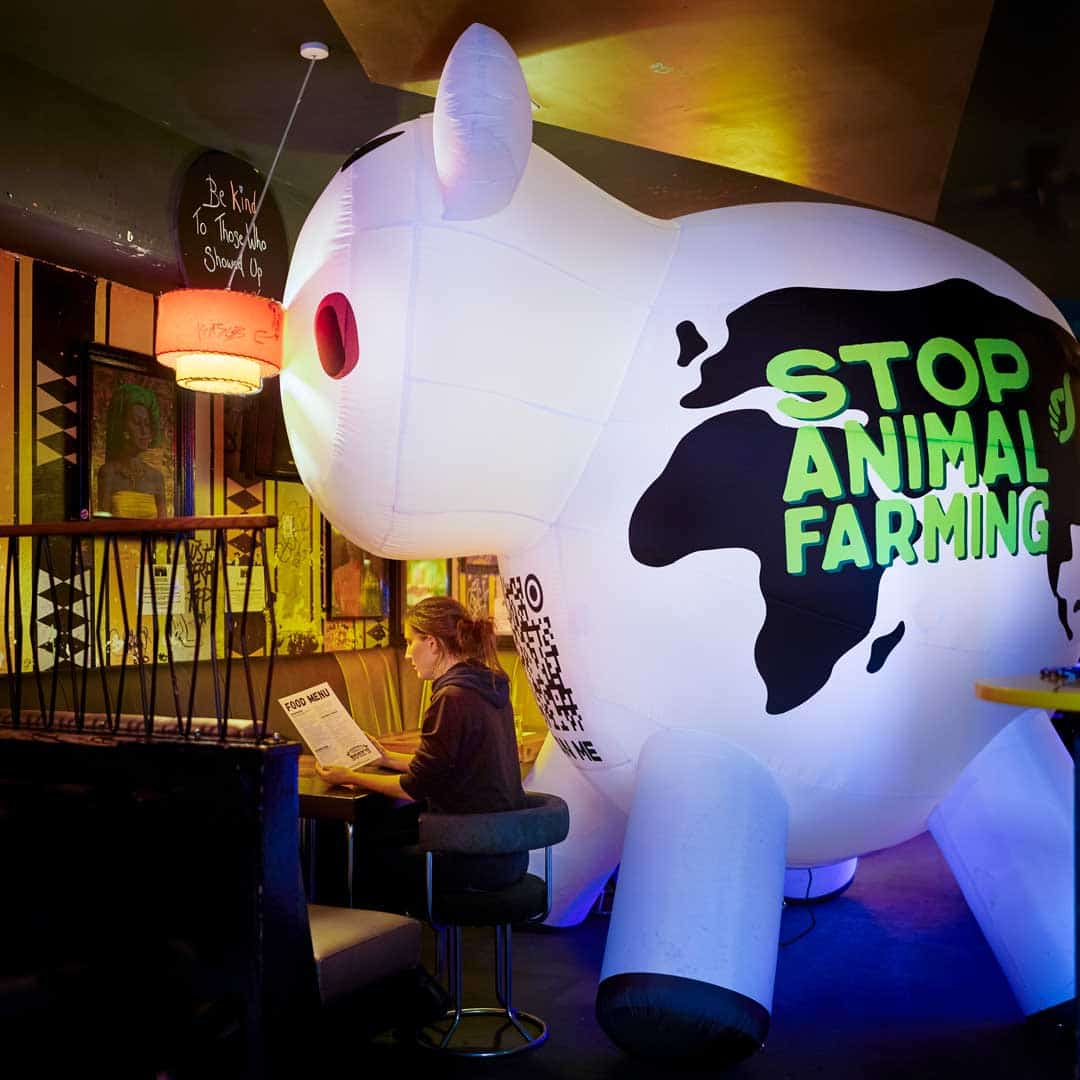 The role of dairy in the climate catastrophe we are facing cannot be overstated. The United Nations states that agriculture is the predominant source of methane emissions, with animal agriculture generating about 32% of human generated methane. This staggering figure mainly comes from the planet’s billion plus cows raised for meat and dairy. Scientists warned in the IPCC sixth assessment that we need to cut methane or face collapse. Lead reviewer Durwood Zaelke said methane reductions were probably the only way of preventing temperature rises of 1.5C above pre-industrial levels, otherwise extreme weather will increase and several planetary tipping points could be triggered, from which there is no coming back. Zaelke points out that “cutting methane is the biggest opportunity to slow warming between now and 2040. We need to face this emergency.” In California, manure from dairy farms has poisoned hundreds of square miles of rivers and streams. Each cow in the dairy industry consumes as much as 50 gallons of water every day. Dairy is simply not a sustainable option for our planet. 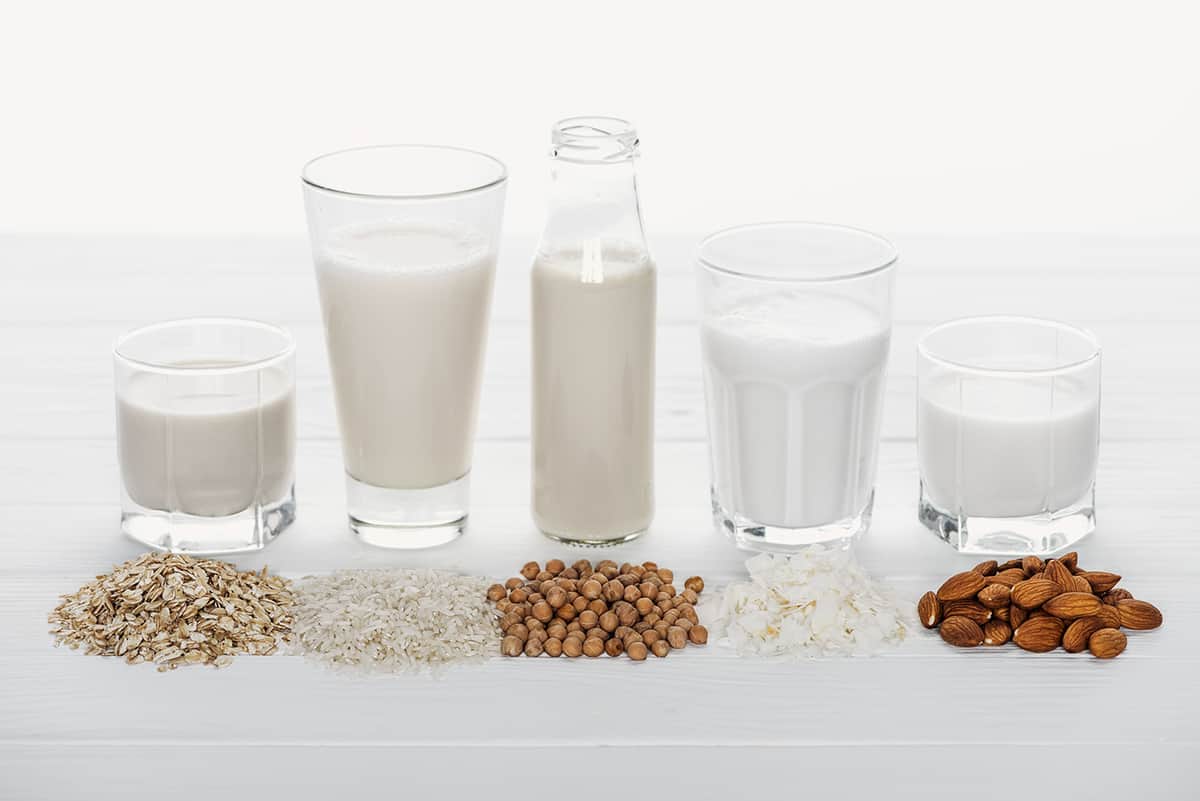 Faced with all the above facts and evidence, it is no surprise that dairy consumption has dropped by 42% over the last 50 years and there are about half as many dairy farms today in the US as there were just 20 years ago. As consumers wake up to the reality of dairy, this trend is continuing, with sales of dairy showing over a billion dollar loss in revenue from 2017 to 2018. At a recent dairy industry conference, experts from within the industry itself warned that the industry could cease to exist within a decade!

Not surprisingly dairy-free milk sales are rocketing with the plant-based milk industry set to surpass $34 billion by 2024. Plant-based milks such as oat, soy, almond, rice, and coconut have been seeing consistent double digit growth, year after year. In Denmark, work will commence soon on the world’s largest animal-free dairy factory. Israel’s Remilk has announced that the new facility is expected to manufacture vast quantities of animal-free dairy proteins, with the equivalent of 50,000 cows per year being quoted.

From new technology to plant-based milk to the climate crisis, it is clear the cruelty of the dairy industry will soon be confined to the history books.

This Mother’s Day, and every day, ask yourself, is dairy something you want to support?

Cows are mothers too

From Animal Agriculture To Vegetable Farms – Change Is Possible

7 Reasons Not To Drink Goat’s Milk

Plant-based Foods Under Attack in the EU