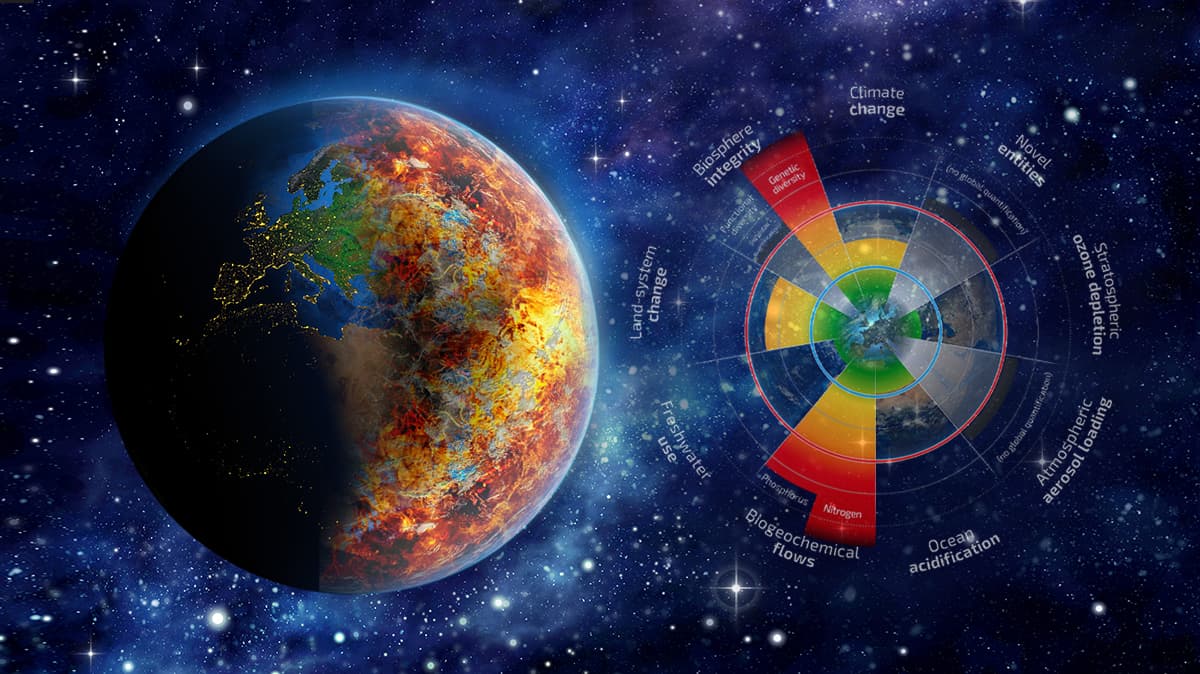 Breaking Boundaries is a must-watch film. It is the most powerful documentary about the climate crisis available today. Narrated by David Attenborough, it takes the viewer on a journey through the nine planetary boundaries we are approaching, each of which has a tipping point limit. The nine boundaries are biosphere integrity, ocean acidification, ozone depletion, aerosol pollution, biogeochemical flows of nitrogen and phosphorus, freshwater use, land system change and chemical pollution. If we pass these boundary limits there will be no turning back; the negative effects on our climate will be irreversible.

Based mainly on the research of Swedish climate scientist Johan Rockström, Will Steffen and their team, the impending doomsday scenario is laid out in clear, concise and no holds barred language, leaving the viewer in no doubt about the severity of our predicament. We are informed that the period of stability the earth has seen for the last 10,000 years, called the Holocene, defined by stable sea levels and predictable seasons which allow us to grow crops, is now over. We have now entered a new age called the Anthropocene; the age of humans. The rapid population growth and industrialization of our planet has had a very dire and destabilizing effect on our earth. All facts are backed up with evidence and all predictions are based on reliable data, leaving no room for debate on the crisis we are facing or the necessity to act now. Rockström points out we are facing a ‘Mad Max’ type future if we don’t take action within the next decade as the repercussions will result in the collapse of civilization.

The documentary is gripping from the first minute with Rockström making the analogy that we are driving on a cliff road at night without any headlights. Science is giving us the headlights and clarity to see what risks we are facing, but we need to pay attention before it is too late and we drive over the cliff. After outlining the main risks we are facing through the nine climate boundaries of climate change, Rockström warns we are already in the high risk zone for four of the boundaries, approaching the point of no return.

The documentary then changes direction and the last 15 minutes of the 75 minute documentary focus on the solutions to the grave situation we face. The filmmakers think that it is not yet too late. According to Rockström we are now in the decisive decade, if we act boldly now we can still push away from the boundaries we are continually edging towards and literally save the planet as we know it. 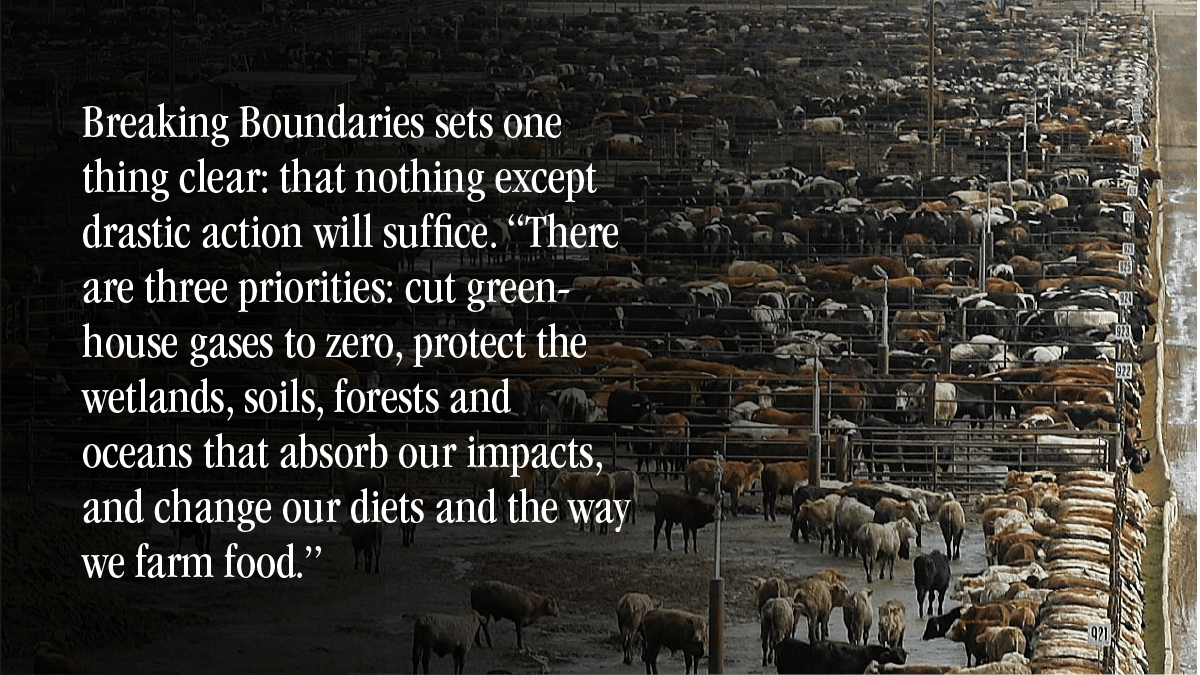 We must rebuild in a new direction after covid-19, Attenborough tells us. Rockström and his colleagues have turned on the headlights and illuminated a path back to a safe, sustainable and more resilient future. They say the immediate priority is to reduce carbon emissions to zero and stabilize the temperature as much as we can.

We must act individually as well as collectively. Phasing out fossil fuels, eliminating waste and recycling will make a big impact. Here the documentary could have pushed further on the importance of system change. There is no clear pathway offered to how this can be achieved, such as the Fossil Fuel Treaty, a global initiative to phase out fossil fuels. We are informed that these actions alone are not enough. We must plant more trees to reforest the earth to restore our natural world and stabilize our climate, which will have huge benefits for our biodiversity. 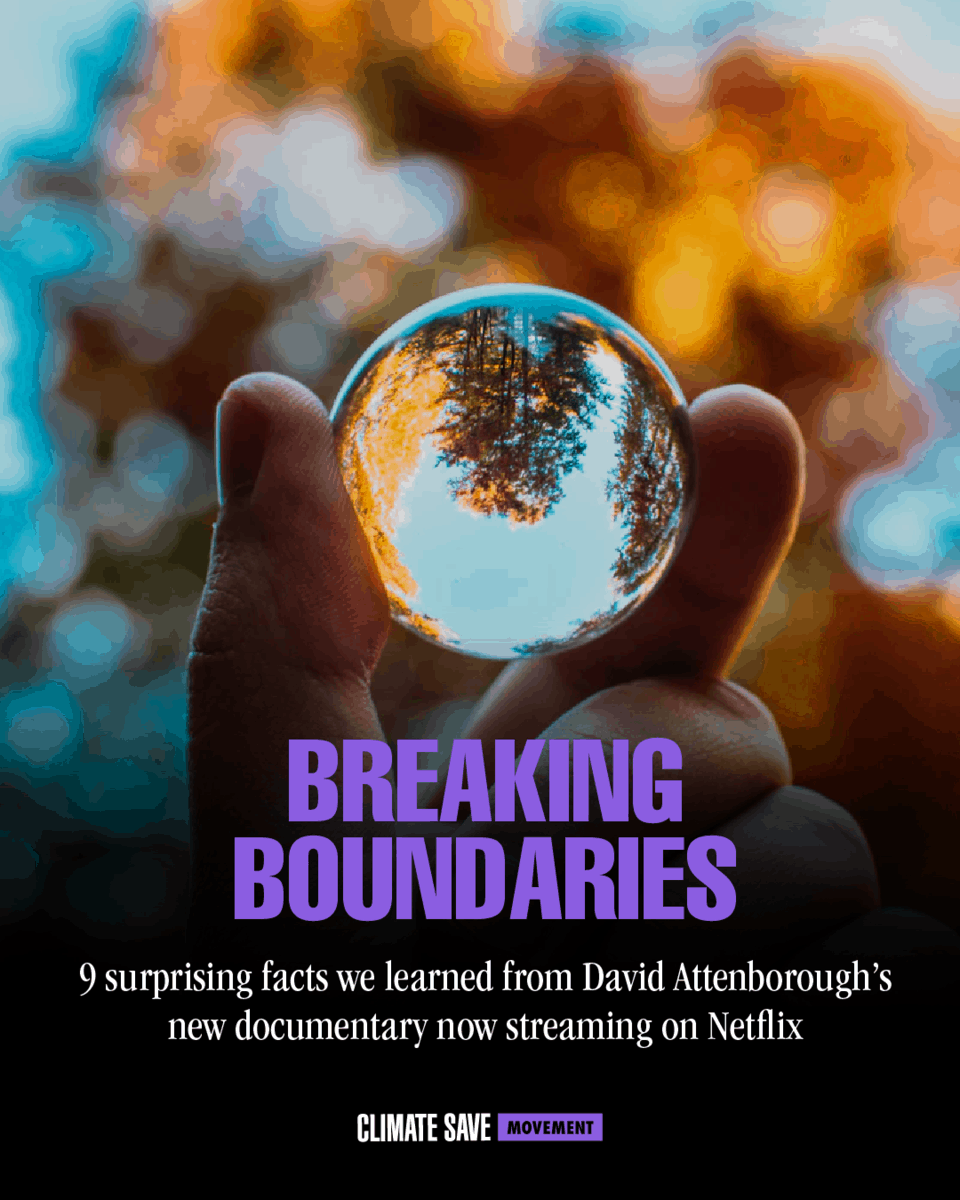 The most striking revelation to come from the documentary and one that is key to staying within our boundaries, is regarding the choices we make with our diet. We must make a shift towards plant-based foods. Rockström says, " Eating healthy food might be the single most important way of contributing to save the planet.” We would like to have seen the documentary go further. They call for a shift towards a diet that is plant-based, more flexitarian, with less red meat, and suggest that such a diet will help us avoid crossing more planetary boundaries than any other solution. While they call for a phase out of fossil fuels, to be consistent, they would need to call for phasing out animal agriculture this decade, even more so, because it crosses more planetary boundaries.

The documentary concludes by offering the viewer hope and clear actionable solutions that everyone who is watching can take today. The Climate Save Movement and Youth Climate Save Movement are launching a new Plant-Based Treaty (see below), modeled on the Fossil Fuel Treaty. This film should be seen by everyone and we would love the documentary film makers along with millions of individuals, organizations, businesses, and cities to sign and endorse the Treaties. The future of our existence on this planet depends upon it.