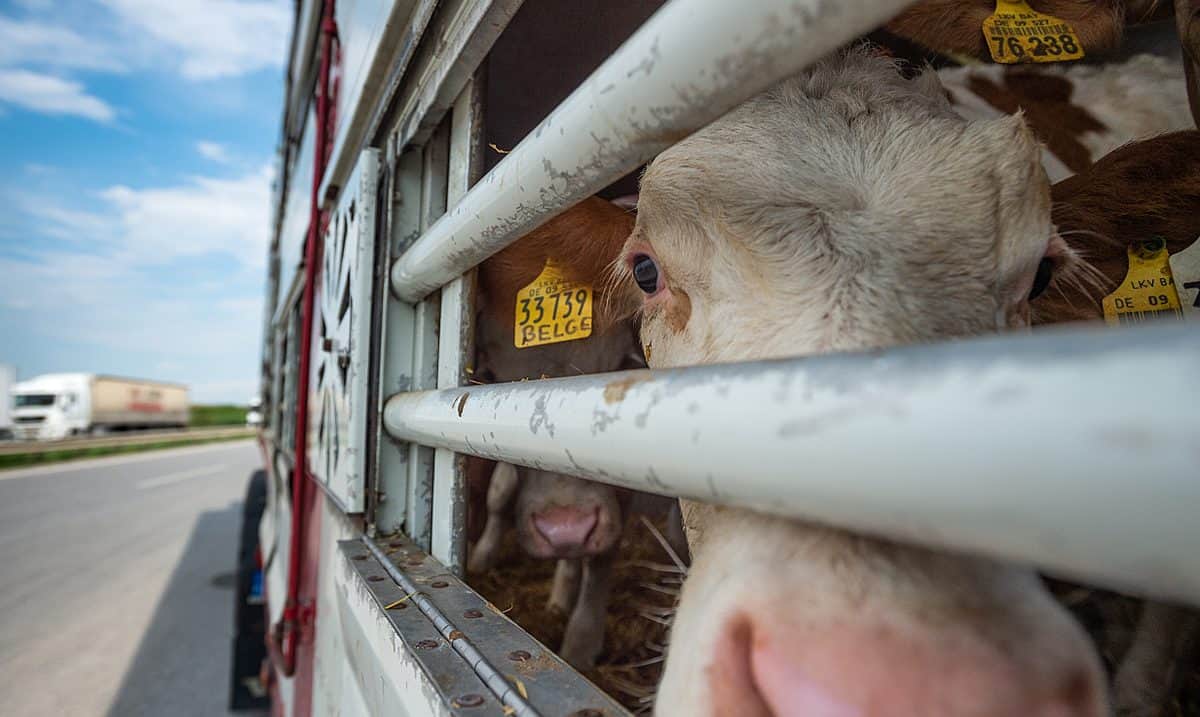 Photo Above: Jo-Anne McArthur / Eyes On Animals / We Animals Media

Animal farming, also known as animal agriculture or 'livestock' farming by the industry, is the breeding of animals for the production of their meat, milk and other products. In addition to being one of the cruellest industries in the world responsible for the endless suffering of sentient beings, it is destroying the environment and majorly contributes to the climate crisis we face today. Animal farming causes massive environmental destruction when billions of turkeys, chickens, pigs, cows, sheep, and other animals are crammed onto factory farms, require large amounts of grain and water to sustain them, and produce enormous amounts of methane. This happens during digestion and from their feces that fill up acres of cesspools. In fact, animal agriculture is responsible for more greenhouse gas emissions than the combined exhaust from all transportation. Scientists and organizations around the world agree that raising animals for food destroys the environment more than anything else we do.

Raising animals to be killed for food is inefficient, cruel, and largely responsible for the climate crisis we face today. The more meat and dairy people consume the more negative impact on the climate.

Animals on factory farms emit toxic levels of methane gas, CO2, and excrement that pollutes our air and water. This is in addition to the oil and gasoline needed to transport the animals in huge trucks from the farm to the slaughterhouse, and later ship their body parts to be sold in grocery stores. These fossil fuels release carbon dioxide and this leads to global warming and our climate crisis. We are facing a methane emergency and need to make big changes because animal farming is a leading cause of greenhouse gas emissions.

Greenhouse gasses are gasses that trap heat in the atmosphere and include carbon dioxide, methane and nitrous oxides. This in turn produces an unnatural warming effect on our planet. Animal agriculture is responsible for more greenhouse gas emissions than the combined exhaust from all transportation. That is certainly a lot of cars, trains, buses and airplanes when you stop to think about it! In The Guardian article “EU's farm animals 'produce more emissions than cars and vans combined'”, they explain how serious animal farming is to the environment.

“Cows, pigs and other farm livestock in Europe are producing more greenhouse gases every year than all of the bloc’s cars and vans put together, when the impact of their feed is taken into account, according to a new analysis by Greenpeace.

The increase in meat and dairy production in Europe over the past decade has made farming a much greater source of emissions, but while governments have targeted renewable energy and transport in their climate policies, initiatives to reduce the impact of food and farming on the climate have lagged behind.” – The Guardian

“Domestic livestock such as cattle, swine, sheep, and goats produce CH4 as part of their normal digestive process. Also, when animal manure is stored or managed in lagoons or holding tanks, CH4 is produced. Because humans raise these animals for food and other products, the emissions are considered human-related. When livestock and manure emissions are combined, the Agriculture sector is the largest source of CH4 emissions in the United States.” – EPA

Deforestation, the clearing or removal of a forest for the land to be converted into non-forest use, is directly caused by animal farming. When the global demand for meat rises, more cows, pigs, chickens and other animals are killed for their meat. These farmed animals need space and food to eat, so land is cleared for them and to grow crops to feed them. Animals on factory farms are not the only animals suffering. The species living in the cleared forests also die and species are being lost.

“The rapid growth of animal agriculture is the leading cause of deforestation. 70% of the Amazon Rainforest has already been destroyed and is now occupied by pastures and feed crops. One of the main crops grown in the rainforest is soybeans used specifically for animal feed. Tropical deforestation and forest clearing have adverse consequences that contribute to climate change, biodiversity loss, reduced timber supply, flooding and soil degradation.” – World Animal Foundation 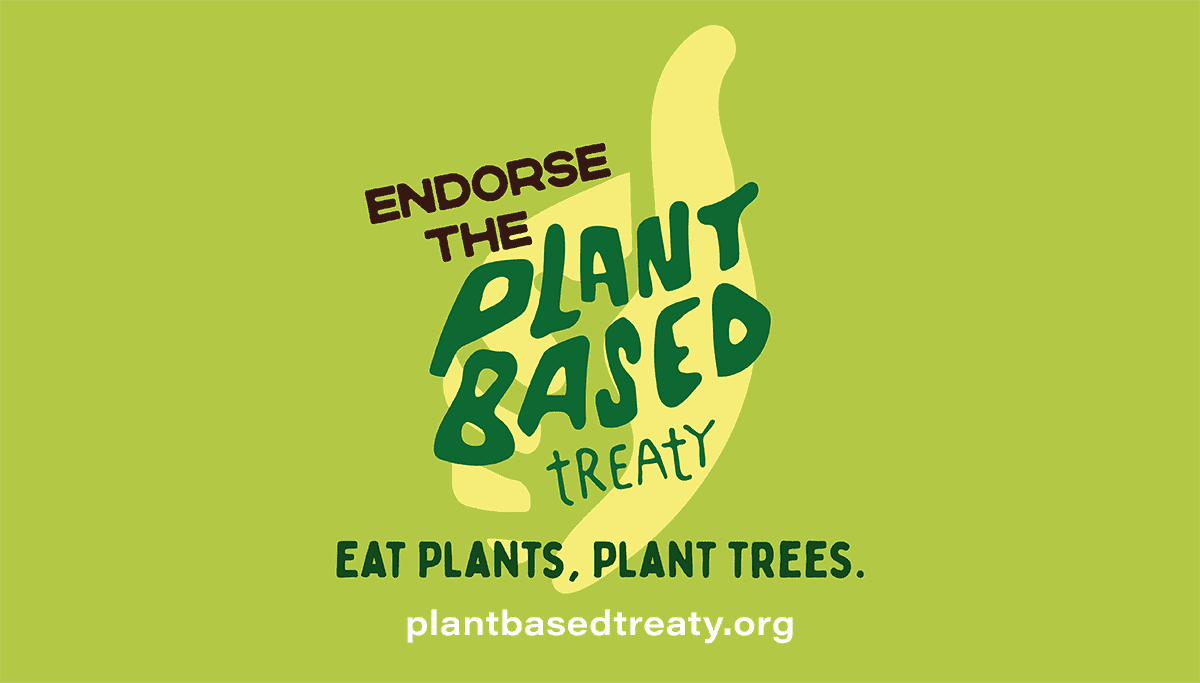 Raising animals and killing them for food is hugely inefficient. Animals are fed so much grain to fatten them up for consumption that they require more calories to sustain them than the (unhealthy) calories they provide when eaten. In fact, if we all stopped eating animals the world could produce enough grains to feed all the humans on the planet! It also takes a huge amount of water to grow the crops the farmed animals eat in addition to their drinking water and keeping the filthy factory farms operating. Just one cow can drink up to 50 gallons of water a day. Dairy cows on factory farms producing one gallon of milk need a staggering 683 gallons of water.

When we think of animal farming the animals that may come to mind first are cows, pigs and chickens, but fish are also farmed for food and doing this directly affects our coral reefs. Like other animals and plants, coral can get sick and die because they are living organisms. Record warm ocean temperatures due to climate change have been extremely stressful to coral reefs. Coral reefs are actually among the most sensitive of all ecosystems to climate change. The bleaching of delicate coral reefs happens when coral become stressed from high temperatures and expel algae leaving a bright white skeleton. Once reefs are bleached it has a domino effect on fish species because they provide a lower quality habitat and entire ecosystems are disturbed. The extinction of coral reefs has devastating repercussions and should be taken very seriously.

Furthermore, the impact of the industrial and commercial fishing industries is huge and reefs around the world are being destroyed from these unsustainable practices.