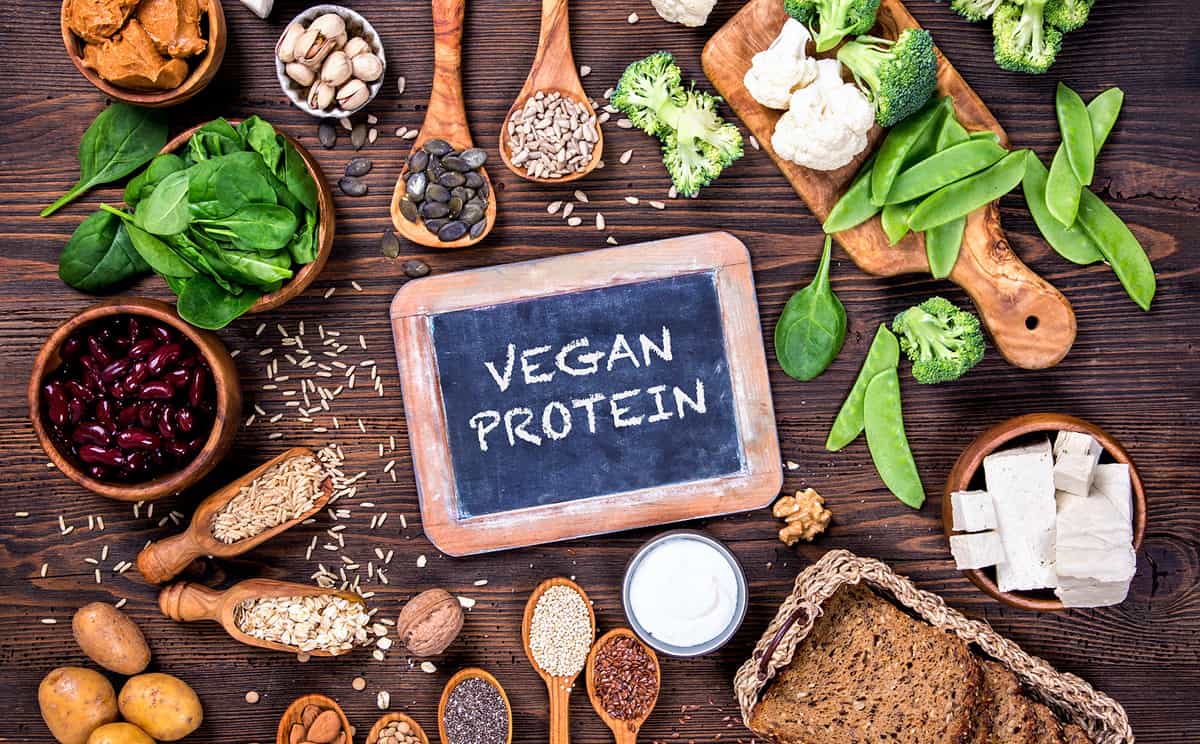 For decades it was believed that competitive athletes need meat and dairy to build muscle and gain strength. But study after study has now proven our bodies don’t need meat, dairy, fish or eggs to remain healthy. We also know that protein from plants builds muscle and is healthier than eating animals and animal byproducts. These days you don’t have to look very hard to find impressive plant powered athletes making strides in their respective fields. From Olympic gold medalists, to bodybuilders and Ironman triathletes, these dedicated athletes prove you can not only survive, but thrive on a whole foods plant-based diet. Not to mention that none of them are worried about where they get their protein.

Canadian figure skater Meagan Duhamel started skating at age three and was often at the ice rink attending family hockey games when her dad was coaching. By the time she was ten she was taking private skating lessons and by 14 this dedicated athlete moved away from home to Barrie to further pursue skating. Duhamel won many national titles and competitions and is a two-time world champion, seven time Canadian champion, and qualified for the Grand Prix. She has won several Olympic medals with her skating partner and helped Canada win the gold medal in the team event. After reading a book on veganism she changed her lifestyle and made the switch in 2008. In 2012 she studied naturopathic health and became a certified holistic nutritionist. Her love of animals goes beyond food choices and she has two rescue dogs, one of which was adopted from the dog meat industry in Korea while she was attending the 2017 Four Continents Championships. Duhamel is also an advocate for abused and exploited animals in the fur industry and has spoken out against the use of fur in Team Canada’s 2022 Olympic uniforms. The uniforms have been fur-free since 1972 but some athletes are pressuring the Canadian government to go back to using real fur, despite the faux fur Canadian athletes wore for the Winter Olympics in 2010. Lets hope others join vegan athlete Duhamel in being the voice for all animals.

If you watched the informative documentary The Game Changers you are already familiar with Patrik Baboumian. Iranian born Baboumian is a world record holding plant-based strongman and bodybuilder. He immigrated to Germany with his family at a young age and was later named Germany’s strongest man. Baboumian gives new meaning to the word vegan power. He became vegetarian in 2006 and then vegan in 2011. Yup, this super strong bodybuilder gets all his protein from plants. Protein is crucial as a strongman and Baboumian consumes foods such as tofu, nuts, beans, soymilk and soy protein powder in addition to plenty of fruits and veggies. Healthy shakes and smoothies are also a big part of his diet. Baboumian broke many world records and has been invited to compete in competitions around the world where he excelled and won multiple awards. In 2014 he decided to spread the word and inspire a new generation of vegan athletes by writing a book on sports nutrition in German and later had it translated into English.

Torre Washington describes himself as a professional bodybuilder, coach, sprinter and animal lover. He has lived in both Jamaica and the United States and was raised by his mother as a vegetarian. A vegan since 1998, he explains eating plant-based is due to his ITAL Rastafarian roots, meaning he was living off the land and getting nutrition from the earth. His plant-based diet includes such favourites as tofu, lentils, rice, beans, oatmeal, fresh greens and fruit smoothies. Washington believes veganism is a lifestyle, not a diet, and ultimately became vegan because of his integrity. As Washington explains on his website; “It wasn’t common for a vegan to be a competitive bodybuilder, but that didn’t discourage me, it rather gave me more passion to pursue my dream.” His awards include winning first place in Musclemania Pro and second place for Musclemania Universe, both for open bodybuilding. His athletic accomplishments as a competitive bodybuilder prove yet again it is possible to build muscle and excel on a plant-based diet.

Not only is Ruth Heidrich an inspiring endurance athlete and marathoner, at age 83 she was the first vegan to complete the Ironman. Heidrich, who holds a PhD in psychology, became vegan in 1982 at the age of 47 after being diagnosed with cancer. This resulted in a major dietary change and put her on a vegan journey. Heidrich is a stage 4 breast cancer survivor and does not let anything slow her down. In 1999 she was named one of the ten fittest women in North America. She has won over 900 trophies, 8 gold medals in the US Senior Olympics and has participated in 67 marathons including the famous one in Boston. Heidrich was featured in the plant-based documentary Forks Over Knives with her story of how she went from cancer patient to Ironman triathlete. She is an inspiration to people around the world and is the author of five books including Lifelong Running. As Heidrich shares on her website; “There is no question that the combination of a low-fat vegan diet and daily, vigorous exercise are the keys to radiant good health, and if so desired, to set new limits in the fields of human athletic endeavors, especially as one ages!”

Alex Morgan is a soccer superstar, mom to her adorable daughter Charlie, and a passionate animal lover, especially when it comes to her rescue dogs. She is the captain of the US Women’s National Soccer Team and has been successful at both the national and international level including taking home the 2019 FIFA Women’s World Cup trophy and a shiny gold medal at the Olympics. She began playing soccer while at university with the California Golden Bears. Morgan is known for scoring big goals in her games that leave her fans cheering for more. She is also a marketing icon, businessperson, and author, not to mention a role model for young girls. Morgan has been following a healthy plant-based diet since 2017. In an article for Reuters, Morgan explains that she supports the ASPCA “because I am passionate about giving animals a voice. I even adopted a vegan diet, because it didn’t feel fair to have a dog I adore, and yet eat meat all the time.” In a video collaboration she did with People For The Ethical Treatment of Animals (PETA) and her rescue dog Blue, Morgan encourages responsible adoption of pets. Together they spread the message that family is family, regardless of species. “There are so many animals on the streets and so many animals that aren’t able to live the life that they should be able to live, so I wanted to be able to adopt a dog. Animals should always be a part of the family and be taken care of just as any child would be.” — Alex Morgan for PETA